That gonna be tasty

What are you drinking with that?

On the grill tonight Bourbon Cajun drumsticks and Souvlaki wings… 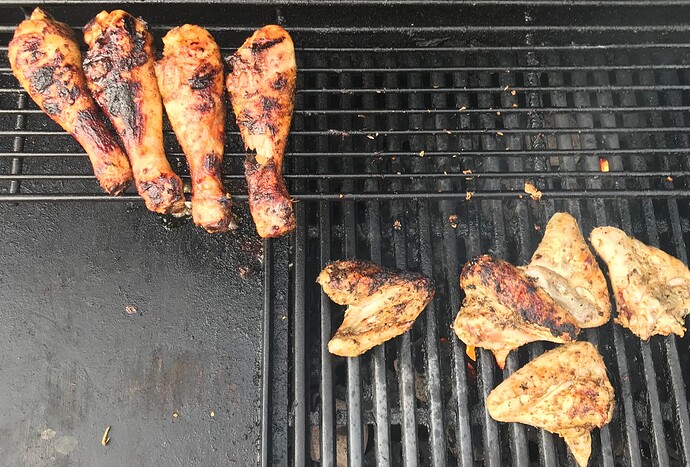 Yes, they were tasty. Our favourite glazes of the four were the Sauce Shop Carolina Mustard and the Sauce Shop Cherry Bourbon. I didn’t have wine with the meal. I went with Brothers Toffee Apple cider.

Have just bought these but not tasted. Very happy with the purchase now. Not as big an outlay as the wine but still… 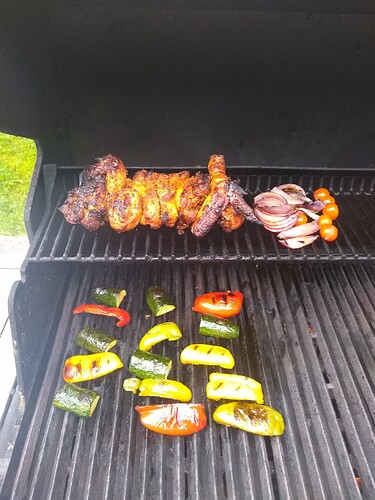 Having a glass with that @winechief ? 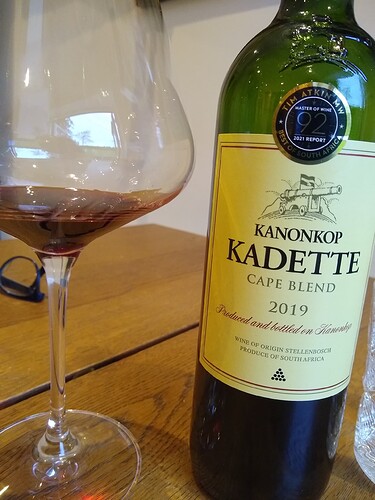 We also bought the Aldi one . Mr Leah dropped it in to the (in process) out door kitchen . So it’s at a really good level . We are going to put some doors on the bottom so hide all the crap you can see and the gas for the Ooni.
I love it ! I use it all the time .

Fish tonight - fresh chunky Hake Steaks with some Greek fish seasoning and sardine oil for some added flavour and charring. 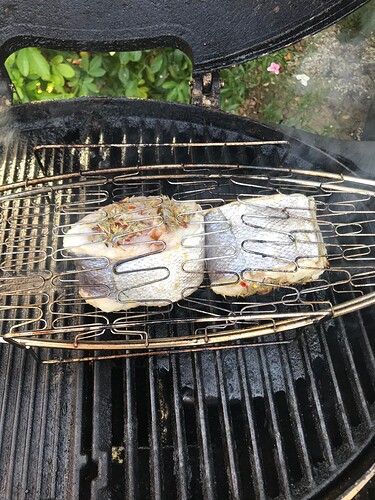 Piece of beef and pork slow cook for pulling later …. Sprayed with apple cider vinegar to steam on
Guess I should explain I foil the meat after 3 hours then steam it for a couple
The beef had that pink smoked 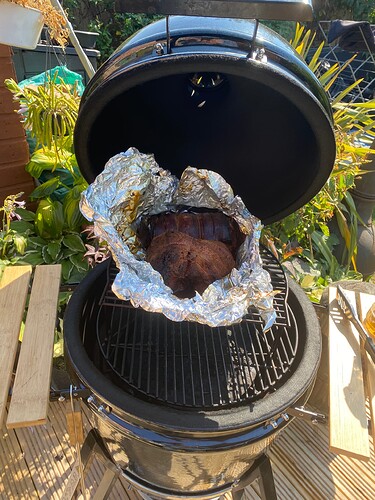 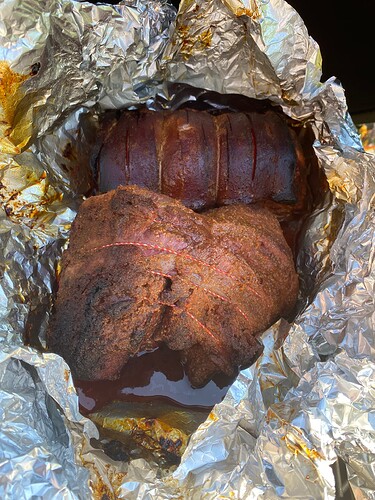 Our little Gite in Duras, it’s the gatehouse to Grand Mayne has a mini Weber, so off we go with some local faux fillet for dinner last evening. 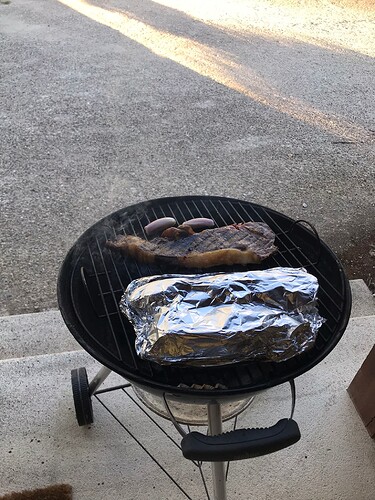 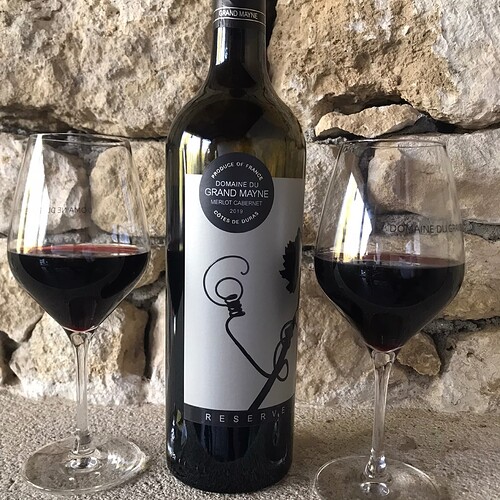 Late lunch today in fact no more serious food today but we managed an autumnal bbq late lunch small rack of ribs (we munched those), and some lamb chops and a summer courgette Provençal. 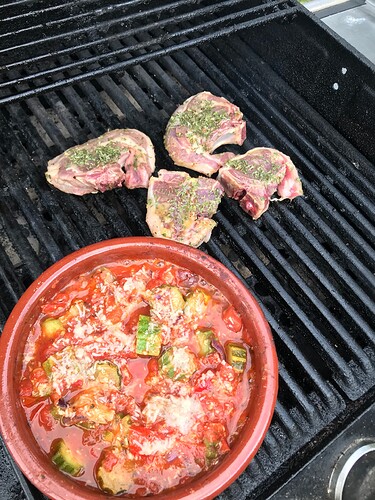 A somewhat unconventional Monday but we had the weather (upload://sYifkZNSZ7sn1Xdg1VjjJzjtsLq.jpeg)

Accompanied by a delicious glass of this. 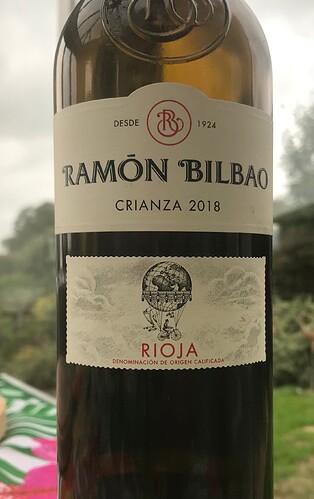 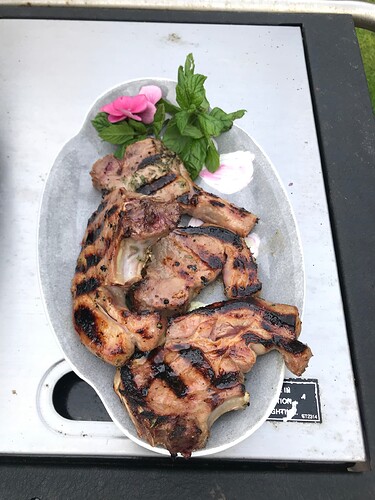 I only have eyes for those raspberry tarts 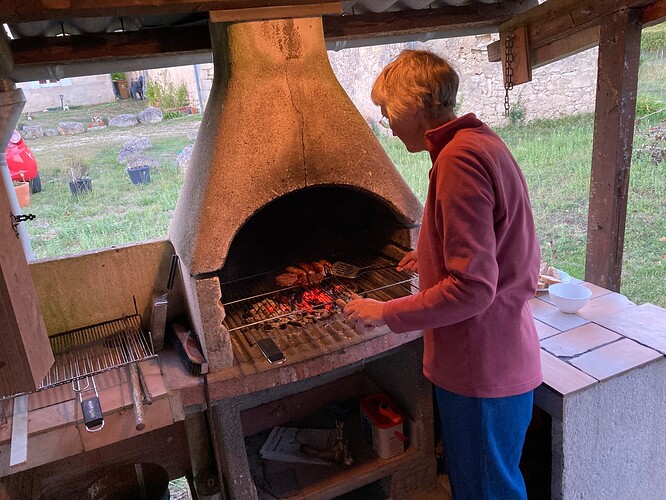 image1920×1440 334 KB
This very splendid bbq at a gîte rental last month demanded attention. Neither of us are very good at lighting bbqs but that box underneath the grill with the red lid contains firelighters of unbelievable efficacy that meant even we couldn’t fail.
11 Likes
Bran-gwaun October 3, 2022, 6:56pm #56

That looks spectacular Joy, whereabouts are you (apologies if you have mentioned elsewhere)?

It was in a tiny hamlet called Violet, the gîte was called Gîte Violet, near somewhere called Teuillac. The nearest large town was Blaye on the Gironde. It is right within the heart of vineyards, it was a lovely place.

We have our eyes on one of those ceramic barbecues for a garden cooking area we have planned. Currently projecting it’ll be 2032 before we can afford to do it but nice to see one in action. Now if there were also a stone pizza oven out of camera shot… 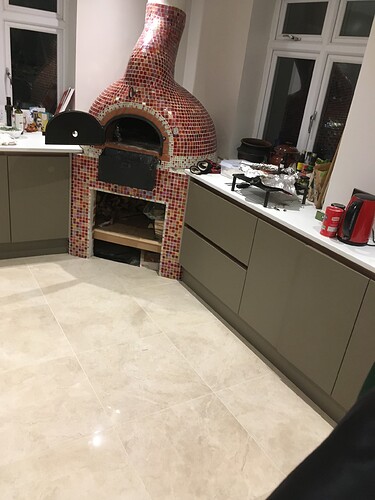 That looks marvellous though I’m not sure about having one in the house itself. My plan was pizza oven like this and grill like your gite one in a patio area at the bottom of our garden.