Either way. I just find that standardizing the naming with country + something makes it more self-discoverable.

We’ve got so much in our plates already, that making information more self-discoverable is a small gesture towards helping everyone find their way with less effort, but I digress. Let the crowds Gallivate and stumble into this.

Now that the title is settled, let’s return to discussing our shared experiences across Greek wines and greek winemaking.

So my eternal greek question… I’ve asked this to many greek wine drinkers, buyers and allsorts.

Is there such a thing as good retsina?

The answer is yes, though hard to find in this country. Tear of Pine is an excellent retsina which I have tried twice and, for me, it is the gold standard. A nuanced wine with depth and complexity. 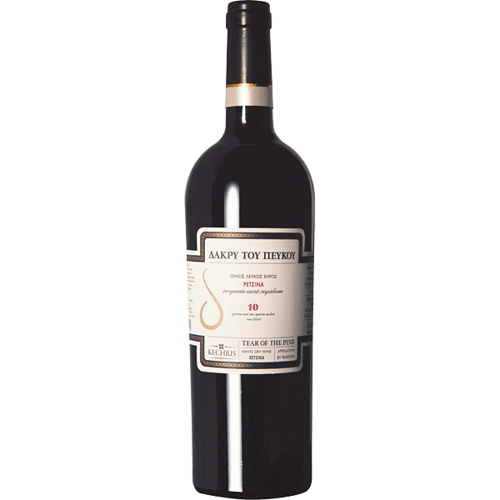 So my eternal greek question… I’ve asked this to many greek wine drinkers, buyers and allsorts. Is there such a thing as good retsina?

Looks like our own @SteveSlatcher wrote something about retsina a little while back:

Stelios Kechris Domaine, Retsina, and the Tear of the Pine

The very first event of our North Greece wine trip was an evening tasting in our Thessaloniki hotel, offered by four wineries that we would not get the opportunity to visit.  We had many good wines…

Is there such a thing as good retsina?

I am not usually a fan of rosé, but I recently bought a half-case of this. It is serious stuff

I was just going to mention this one, but you beat me to it.

I understand some people like the rustic aspects of retsina, but this one tastes like “proper wine”. Many people would probably not even initially notice the resin, but it is there.

I am pleased to see they have now got rid of the shampoo-bottle-style clear plastic label. It looks a lot more classy now!

You beat me to this one though. I only discovered it this Summer! 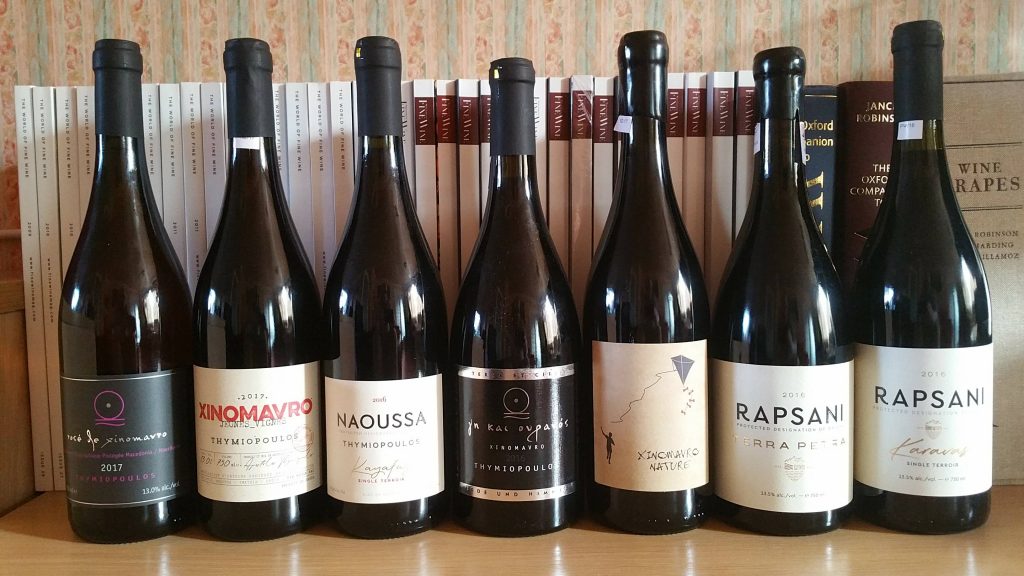 Thymiopoulos wines from Naoussa and Rapsani

I first came across Thymiopoulos in 2015, on a press trip in Northern Greece. They had a modest table in the corner of a walk-around tasting of Naoussa producers. At the end of a long day of eating…

@inbar, 100% of my dearest 4 Greek friends in London do not go anywhere near Kourtakis. Their relatives (all of whom live in Greece, and which I have met) also seem to share the same peculiar behaviour.

Anyone got some good Raki stories? I think I had a couple, but can’t remember.

I wouldn’t know, to be honest - never tried the stuff. But I’m half tempted…!

My only Greek drink story is related to my husband’s family property in Corfu. My late father-in-law, whom I never met, purchased it under the name ‘Ionian Enterprises’, with his 6 children and wife as the ‘board of directors’… Said father-in-law apparently used to finish his evenings there with a few slugs of Metaxa 2 star (which certainly tickled his duodenal ulcer!). He was quite a character, I’m told, but I’m yet to either visit the hideaway in Corfu, or drink Matexa…

Those were the days when I used to drink Metaxa in the terrace with said group of 4 London-based Greek friends.

This example, gifted to me by one of them, came in a pretty hand-painted bottle.

100% of my dearest 4 Greek friends in London do not go anywhere near Kourtakis.

Unfortunately there is not much choice available to me. It does the job, and its better than the last one that TWS had

Unfortunately there is not much choice

That is the real issue.

Got hold of 6 of these last night.

Luscious soft red fruits dominate this long and lovely rosé from some of Thymiopoulos newest plantings A beautiful rosé wine made with the popular Xinomavro variety of Northern Greece, with extra depth and character owed to the three...

Free delivery £85 and over so looking forward to trying.

Got hold of 6 of these last night.

Good man! It’s nothing like a Provencal pink. Couldn’t be farther.

I also have some Greek wine in reserves, but more at the premium end. Delicious stuff. Quite heavy on the 2013 vintage for reds…

Also enjoy Bizios wines, especially the different manifestations of their Agiorgitiko. All this from Wimbledon Wine Cellar…

Still to be convinced by the Thymiopoulos wines… I know, heresy.

Have you had the Vassaltis Assyrtiko yet?

We had it a bit ago, and I thought at over £40 a bottle it was overpriced. Nice, but not exactly revelatory, if you will.

I have had it when it was released, liked both, but I preferred the non barrel fermented version of the same vintage. Will withdraw a bottle in the New Year to see…

I’m quite glad about that. I’m not a massive fan of strawberry flavoured pink alcoholic cordial (yes I know there are some really good ones as well before the floodgates open!).

I’m just very curious. The Thymiopoulos Rapsani was exquisite and TWS had sold out of the Rose that they were listing.

The other Rose I really do like is Sylvian Pataille’s. A Rose made to age. Now there’s a thing! Wonder if the Thymiopoulos will do the same?