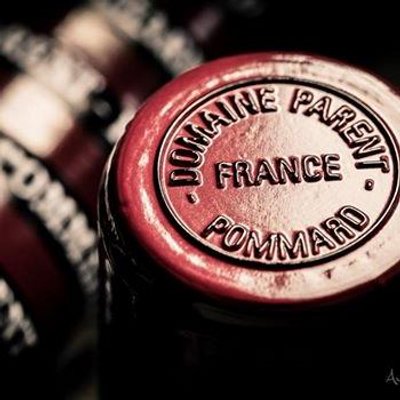 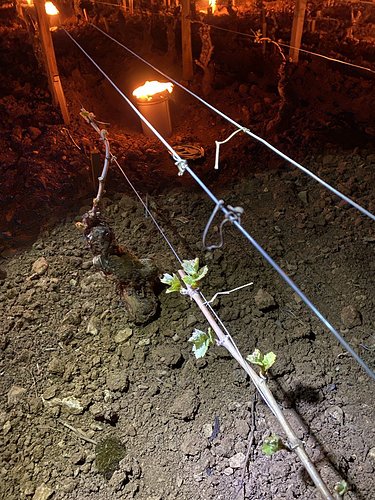 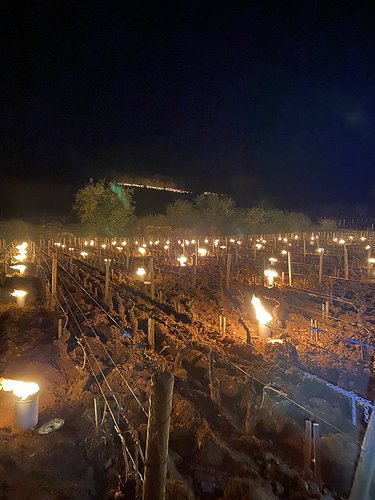 Of course it was just my ignorance and shows the effort to fight morning frost in Burgundy. Since then I saw a similar picture posted from Pomerol and also of snow in Montalcino. Shaky start to the 2021 vintage for some?

I almost started a thread on the same topic - some very dramatic scenes in Burgundy in particular in the last few days, but also Bordeaux. Really interesting to see (from the comfort of not having your livelihood dependent on it). There are a lot of good images and videos on instagram in particular, I’ll copy a few over. 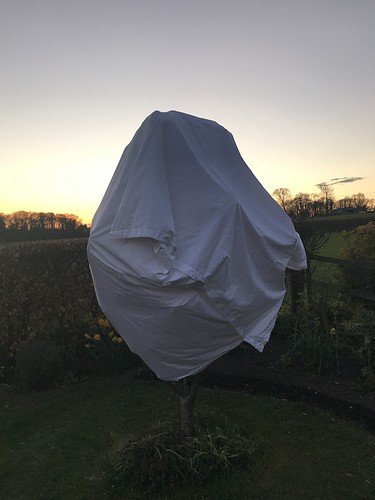 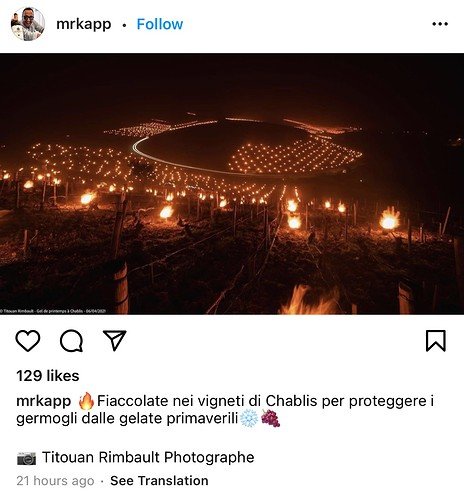 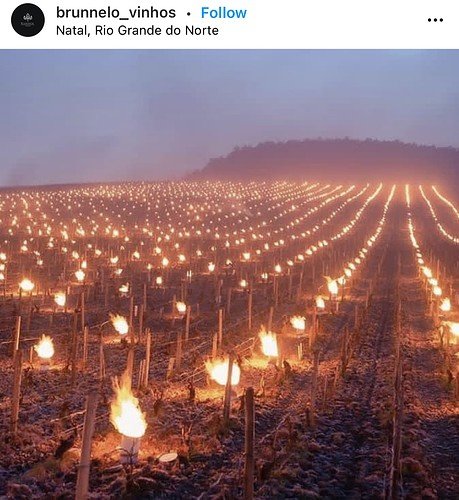 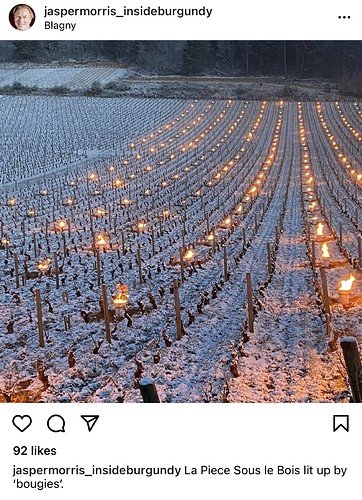 Spare a thought for Slovenia

From #Twitter - Coulisse: a whole profession mobilized to fight against frost. Hats off to the Domains! 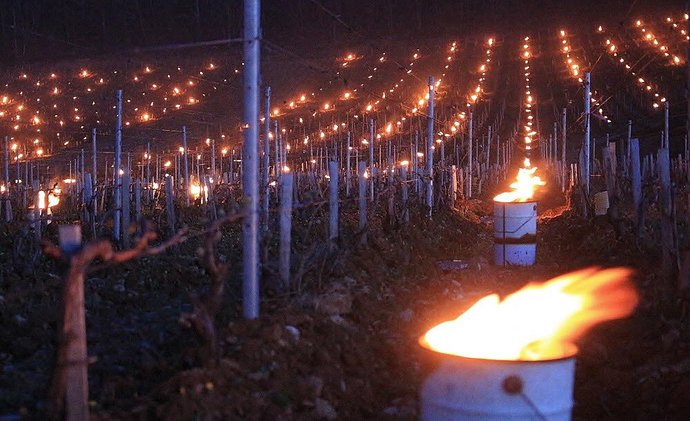 I imagine not yet affected England’s vineyards ? If my outdoor vines are a gauge, we’re still waiting for bud burst over here ?

No sign of bud burst on my garden vine

It is worrying English vignerons as well. https://www.thedrinksbusiness.com/2021/04/pictures-spring-begins-with-a-severe-frost-for-vineyards/
I have a camelia in my garden (in Scotland) which was in full, wonderful flower with beautiful pink blooms up to about 10cm across. After the frost at the weekend, these flowers are now brown.
For much of France, it is probably about a week away from causing VERY serious damage, but with the forecast for the next couple of days, I expect French harvests to be small this year.

I know next to nothing about grape vines - so hoping somebody can enlighten me?

Presumably the frost doesn’t actually kill the vine down to the ground (leastways… here’s hoping) so doesn’t the plant just ‘liven up’ a a few dormant buds? will be a few weeks behind, and then it’s a case of ‘catch up’ ?

at risk of exposing my own amateurism …the frost attacks the nascent flower buds, that’s the problem
yes they do re-bud but that’s patchy and more variable, less fruit etc.

In very cold areas, such as Prince Edward Island, it’s so cold in winter it can kill the plant itself, and so they take down the vine and bury it under 6" or more of soil. But this is minus 10 and below territory, vines themselves are frost hardy during the winter.

Frost damages opening buds and young shoots and can vary within the vineyard. Death of a primary shoot usually results in development of a shoot from the secondary growing point. Secondary buds do not generally produce such good quality wine. HTH.

OK… so lower quality wine from those buds & it must be awful for the growers effected.

But given that Bordeaux plant a mix of varietals to offset such seasonal changes, TWS buy globally, does it really matter. Is this just today’s story / tomorrows fish’and’chips wrapper?

Wondering why they will use this system of oversized candles, as against afternoon/evening boom sprayed water. They obviously have the man power, and I suppose the experience.

OK… so lower quality wine from those buds & it must be awful for the growers effected.

Secondary buds are far from guaranteed and also produce less grapes, which are not guaranteed to fully ripen. This is an issue which is affecting all of France, from the Loire Valley down to the Languedoc (as well as Beaujolais and Burgundy at latitudes in between).

I think the angle of this thread is more towards sympathy. Sure TWS can buy wine from anywhere, but winemakers can’t magic wine from meagre, unripe grapes. Some growers may really struggle without a crop to sell or make wine from, this is bad news for the industry.

Wondering why they will use this system of oversized candles, as against afternoon/evening boom sprayed water. They obviously have the man power, and I suppose the experience.

as are the helicopters they use over Hermitage Hill, amongst other “prestigious” places !

Brocklehurst, yes, sorry should have put tractor mounted boom sprayer, these you would suspect are capable of covering most areas in short measure. Can’t imagine gran cru areas with self powered booms, just a big no.

I think it’s a bit more complicated than that. Some more information here

How to prevent vineyard frost damage?

In order to prevent vineyard frost damages, winegrowers can make use of several passive and active frost protection methods.

And it’s not just France. 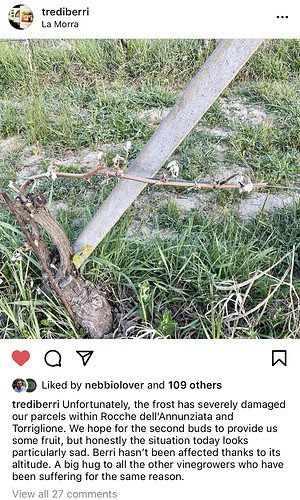