This paperback is unread and yours for the cost of postage.
9000 Years of Wine: A World History by Rod Phillips
details of the book here https://www.amazon.co.uk/dp/1770502408

I’d asked for this book as a gift after reading an enthusiastic review in one of the newspapers, but when I opened it I saw that it was a reissue of A Short History of Wine, a book which I already had and had read. So this 370 page paperback is unread and as new.

If you want it, PM me for my address and post me stamps* to the value for a package weighing 638 grams and your address. I’ll put it in a bubblewrap envelope, affix your stamps and post it to you.

*I reckon that is £2.48/£2.98 second/first class, but your responsibility
https://www.postoffice.co.uk/price-finder 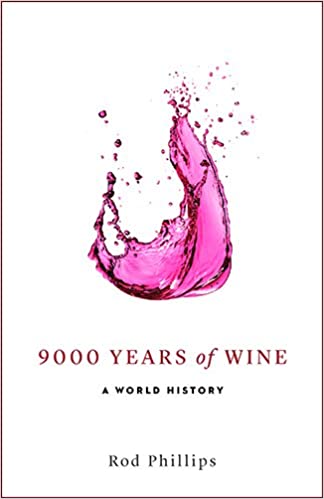 The book has now found a new home, thanks for the interest everyone

I have just had the opposite problem.

But when it arrived it was a totally different book by the same author. The first was a history; the second forward-looking. I should have read the sub-titles, and focussed more on “The New” vs “The”, all of which were in a smaller font than “Silk Roads”.

Do publishers do this just to annoy their customers?

Hope you manage to swap it with the original you wanted. If it’s the Peter Frankopan then it’s well worth it. A brilliant book!

I have now ordered the history book I wanted. I might just keep the new one anyway. Haven’t yet decided for sure - I’d have to pay the return postage as it is hardly the sellers fault.