Santa was very generous this year, and I’ve got enough brandy and brandy-related drinks to last me a while. 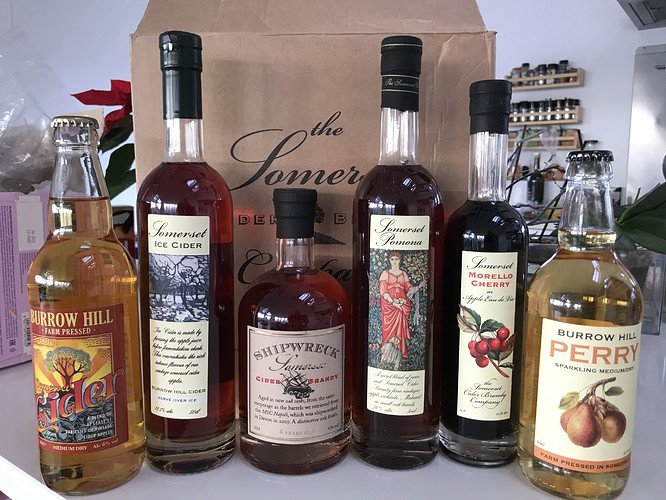 Had a bit of a brandy tasting last night with the remaining 3 in my tasting set.

First up was this, which I did not know was this expensive!

A cracking vintrage Armagnac from Domaine de Boingnères. This is a robust, full bodied, spicy spirit, distilled in 1972 from Folle Blanche, Ugni Blanc and Colombard.


It was lovely, loads of prunes and almond notes with lots of spice too. By far the nicest of the evening, but then you’d bloody well hope so at £500 a bottle! I would not pay that much for it (which becomes a theme of this, I did not realise my £40 tasting set had such expensive booze in! I’d probably not have had all three in one sitting if I’d known!).

The A.E. Dor No.7 Cognac, made using eaux-de-vie from the Grande Champagne region, one of the most well-respected in Cognac. This is a powerful, dynamic expression, particularly on the palate.

Really really rich, powerful and so well integrated I just couldn’t pick out individual flavours. I preferred the armagnac, but this was also delightful and I can see why cognac is rated as finer.

The sixth release of Frapin's Multimillésime, this time a blend of 1986, 1988 and 1991 Grande Champagne vintages. As with its predecessors in the range, 1,270 bottles have been produced.

back to earth with a bump and a mere £150 Cognac! (what?!) I was less of a fan of this one, it had something musky going on, which I can imagine a lot of people find very desirable/pleasant, but just didn’t sit well with me in a brandy context (if it were, say a white rhone with this note, I’d have loved it, but it didn’t work here). Loads going on, with tropical fruits and almond, with spices and something a little bit cola-y as well as this musk. It possibly suffered from following the other two, both of which were so mindblowing that this just wasn’t in a way it probably should have been.

Roll on next black friday and another one of these kits as I sure as hell can’t afford any of these brandy’s any other way!

Or you could buy a 1968 cask strength cognac, from the excellent ‘whiskysponge’ - not bad for £208 (I have not tried - sadly my pockets are not deep enough)

Heritage No.68 Cognac Sponge No.3

This is the third edition of Cognac Sponge, a marriage at natural cask strength of spirit from five different casks of Fins Bois distilled in the...

I bought the same set after you pointed it out. I am yet to have the A E Dor, but have had the others. I wasn’t that impressed by the Armagnac personally - lots of dates and figs, a pretty caramel-y nose but overall I found it a bit too “in your face”. Nice enought, but I would take 6 Delamain pale and dry instead! On the other hand the Frapin was much more to my taste - deep, nutty, lots of fruit and very long. I found more spice emerging on it with time in the glass.

I just had a bottle of this delivered:

I’ve only had a brief taste so far but it seems pretty good. Soft, sweet red fruits and marzipan, with very little of the pippy bitterness which can be a feature of pomace brandies.

Bizarrely, it is featured as ‘new’ in the current list, but there’s a review from 2017 on the website.

I’m on a wine buying ban.

For the second year in a row Cognac Show is going online, bringing the best of this celebrated region direct to your home.

I was actually quietly impressed with your discipline untill you openly admitted to cheating.

It’s a wine buying ban. Nothing in the rules about once its been distilled (yes, I know, I’ve now cancelled the order).

Hmmm, I think this is arguably justified under the entertainment budget.

I think sleight of hand (aka weaselness) is a better description

Yeah, on balance, I stand corrected. Weaselness is a much better description

I’ve just looked properly at the link - you could do 2 or 3 a day for the second half of next week! What qualifies as a little overboard?

Only three sets, so 15 samples, but given that one of them was a little bit pricey, they’d come to a fair bit over £100. I am surprised that given the number of wines I’d really like to buy, this is how I came closest to breaking. Probably the ability to use that “it’s not actually wine” Weaseliness to justify it.

It definitely was a substitute for buying wine, rather than the actual legitimate interest in widening my brandy knowledge though. Hence the cancellation even before @Tannatastic’s guilt trip! I may reassess tomorrow after I’m not freshly out of a horrific week at work and get a set to help the brandy knowledge though. (more than just a first week back off leave! Speaking of mental crutches, I am so glad the gyms have reopened, given that).

I quite like how I’ve personally managed to justify midweek brandy as more akin to a chocolate bar… Definitely not drinking!

Ooooh. Thanks for the tip!

I did have a small (and actually small, since the health thing I’ve been measuring my spirits with a jigger) Society’s XO Cognac the other night in almost exactly that way.

Ah excellent it’s back!! It’s one of my favourites, sweet and fruity but with just enough bite to taste “real”

Shout out for Tesco own brand XO cognac £35 for 500ml and their Calvados VSOP. Difficulty for me is that whenever I reach for cognac and armagnac it is generally on top of much else. Often learn more from sniffing the glass in the morning!

Oh! Worth going to the side of the big names then! 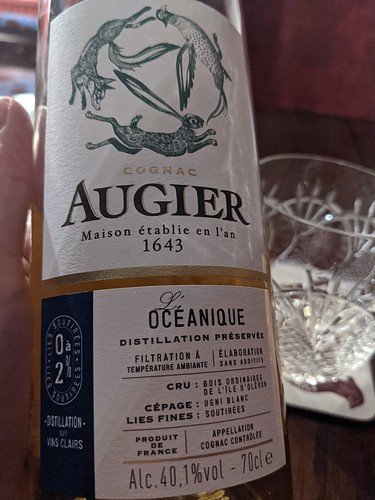 The roundness and richness you the Brands try to emphasise but also with this bite and saline edge that has real character but also class.

Dammit Cognac can be interesting, this could get expensive.

As a congratulations for a) managing to not buy wine and b) cancelling my tasting sets because I was using it as a wine buying proxy, t’other half presented me with 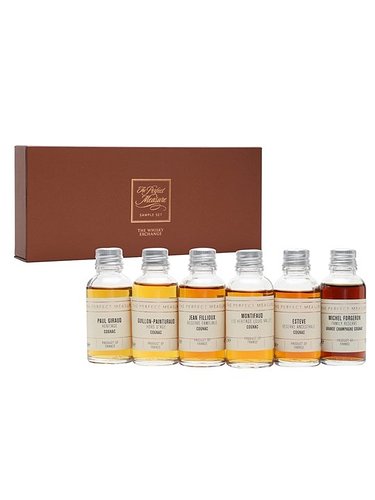 Paul Giraud Heritage has been opened. Creme brulee and almonds (all of the almonds!) on the nose. A little more prune and that musky thing I don’t quite know how to describe (but is a lot more integrated here and I can see why people like it. It’s growing on me!) along with a definite oily marzipan and the caramel. Ridiculously long finish which gets warm and spicy. Would I buy a bottle? Probably not as it’s way out of my price range, but their VSOP is £35 a bottle and is definitely something I’d like to investigate!