How about “damp” or “moist” January? Not as wet as the average month, but not fully dry either

Absolutely not! To each their own etc but I find it quite an odd concept and don’t think I’m convinced that it would have any serious health (or otherwise) benefits.

Also, I really enjoy drinking wine. To intentionally deprive myself of something that brings a lot of pleasure for 1/12th of the year feels silly.

I’m probably on to a hiding for nothing ( is that a saying ) … in my defence I’ve been on antibiotics ….

I am probably in the same place as you…Apart from Christmas/New Year, December was generally fairly quiet for me too.
However, I have a couple of lunches/dinners with good friends planned for January and have no intention of these being ‘dry’!!

Having had Gout for the bulk of December.
The last drink was on Sunday 11th December, I could not go through January without drinking some wine

I’ve voted yes but in reality I’m going to do the first few weeks to give myself a wee break from the indulgence over the last month or so and see how bored I feel at that point.

I’ve generally been in the same camp as @DavidCB on this and have a natural aversion to health-driven fads which often have questionable health benefits and sometimes come across as a bit smug and self-righteous. As I’ve said before on here, I’ve experienced no discernable mood, sleep or weight benefits to abstinence over the last two Januarys.

But I think it can’t do my liver any harm to have a short break for a few weeks, and it’s good to prove to myself that I can survive the working week/weekend without a drink. And I know I’ll appreciate my next glass of wine even more when it comes in a few weeks, having taken a drink for granted most days in December.

Commiserations, from experience I know it’s painful. The Doc sorted me out with some marvellous tablets (pretty much for the rest of my life) and its all but forgotten now.

Interesting (or perhaps not) but I read today that lead crystal decanters (lead leached out by acids in wine & spirits) might have been a cause of / or made worse existing gout in days of old.

The majority of a very decent bottle of Moulin a vent (unfinished by Jan 1st) is now going into Coq au Vin. Such is dry January.

Meanwhile, I’m on ‘Lucky Saint’ 0.5% alc lager which to be honest is pretty good. I might even publish tasting notes !

For what it’s worth, I’m hoping to get a better night’s sleep for the next few weeks.

The Doc sorted me out with some marvellous tablets (pretty much for the rest of my life) and its all but forgotten now.

I was prescribed Naproxen and had to take omeprazole as well to protect my stomach.
What did the doc give to you?

), and I think the God of Wine has taken their wrath out on me with a hint of irony this morning. 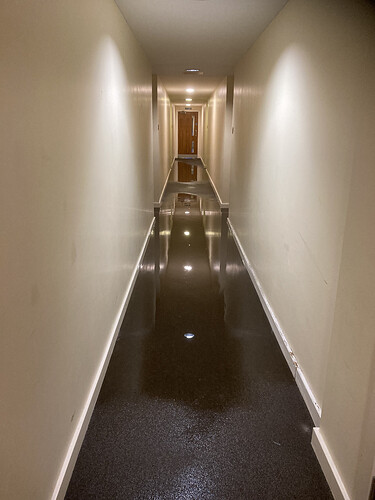 The flat opposite mine’s boiler decided to break overnight while they were away (of course). There goes the Rhone 2021 wine budget, I suspect. Oh well, could be worse. Now time for a fake G&T to cheer me up.

Surely claim on their house insurance …??

I was prescribed Naproxen and had to take omeprazole as well to protect my stomach.
What did the doc give to you?

Naproxen or similar anti-inflammatories would usually be for treatment of an acute episode of gout. Tablets for the rest of your life are likely to be Allopurinol, aimed at long term gout prevention.

More generally on the topic, I’m probably in the “damp” January camp (especially as we had a bottle on 1st Jan). I have no issue with the idea of dry January in principle, given its origins in a charity aimed at reducing the harmful impact of alcohol more generally in society, which it would be hard to deny exists.

They are looking to raise awareness and promote change, rather than being actually anti-alcohol. If a focused “event” helps people think about their consumption, why not?

Tangentially, the idea of wet/damp/dry did make me smile, these terms are actually used in the aircraft leasing industry as informal descriptions of lease types.

Hopefully will get from their insurance eventually, but often a bit of a lottery in blocks of flats how easy it is to get ahold of the landlord (quite a few are non-UK resident in our building) so will be going through my insurance who will attempt to get it back from the landlord/their insurance, which may mean I have to pay the excess and hope for it back. We’ll see and definitely could have been worse.

Dry January for me because November (3 week holiday in Asia) & December (Christmas & New Year) were rather wet indeed and I just need a break.

Voted no as will indulge on Thursday nights in the pub with my sailing buddies but intend to lay off the wine. More to do with my expanding waistline than anything else!

My brother-in-law does dry January, Miserable May and Sober October. Boasts about how much weight he’s lost each time but spends the whole month planning where he’s going to drink on the 1st of the next month.

Does involuntary dry January due to rampant flu count?

I had two acute gout attacks last year but quickly seen off by tablets. I’m now taking a daily cherry capsule to ward it off. Seems ok so far.

Damp here too. Mainly to try to get the belly back down!