Curious to know what success Freddy has had as a hipster wine influencer.

I think it’s @Freddy 's palate and detective work rather than the beard or trousers that’s important. One of his recommendations I bought a bottle of, it’s bloody wonderful. I have two sitting there for the future. I’m still smarting to miss the Grabenwerkstatt…

I grew my beard. I currently look like this. 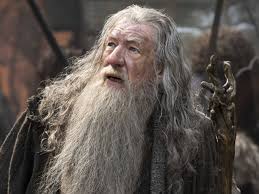 My partner is asking me very nicely to clip it. I will check first for nesting birds. I don’t look hipster at all.

Were you influenced by Gandalf?

Mr. Leah also has strong beard action going on, and because all barbers were closed prior to him going offshore, I’m pretty confident he will come back in January also semi-resembling Gandolph

My other half ‘can’t grow a beard’ apparently ‘because he’s ginger’. Whatever his excuse - I ain’t complaining!

Never stopped me before

To be honest, I always thought it was a bit of an excuse… he hates beards. Although he has been sporting a nice goatee for many years now, I let him get away with this feeble story - I’m not all that keen on beards either

A review from someone who paid for the Bellini box…

For the ultimate thirst-quenching fruity cocktails, add a dash of Van Nahmen rhubarb or peach nectars to our delicious Prosecco, sourced from small family holdings on prime hillside vineyards. The results strike a mouthwatering balance between tart and sweet. A gift box containing the following:

Have to say for me, if it’s not peach puree, it’s not a real Bellini. The accompanying nectars do look high quality though.

There is an interesting contrast between all the press and that one review. I saw Fiona Beckett gave it a mention in her Guardian column as well (she particularly liked the rhubarb nectar).

Normally when opinions are weighted 10:1, I know on which side I would estimate the truth, but… Do print journalists count as influencers? Do they rely on free samples to earn their living? It can’t be to the same extent as social media influencers, but there is probably something symbiotic going on that should be taken into account.

Possibly it is not that the press are influenced to the extent of saying something bad is good, but with art exhibition reviews I often have the impression that reviewers don’t take proper account of the cost, in time or money. A small exhibition may be good, but if it is high cost or at a relatively inaccessible venue, it may not be something to recommend. An idea like the Bellini pack may seem amusing as a gift, but…

Interesting review . I was quite tempted to purchase after seeing Helen Mc Ginn’s review on Saturday kitchen but this has made me think . The Rhubarb sounds interesting but like at @Brocklehurst has said, is it a Bellini without decent peach ?

A tin of peaches and a blender would be less gifty though.

Without wanting to derail (ha!), what are everyones favourite Bellini recipes?

I tend to zuzz up some tinned peaches (without the syrup), put some pulp in the bottom of a glass and top with fizz and leave unstirred.