I wouldn’t necessarily take issue with the over-inflated part (but thats the nature and mechanism of a free market, ‘best’ doesn’t have a value, but ‘best perceived’ is priceless).

On the second part, I’m afraid I’m diametrically opposed to the ‘no rules, let it rip’ philosophy. In my opinion, that road leads to, for want of a better phrase, a race to the bottom, where quality and tradition becomes sacrificed to fad and fashion.

Interestingly, the bete noire of the Loire, Didier Dagueneau, a man dedicated to risk taking, boundary pushing and standard raising, was all in favour of said Appellation ‘rules’, actually being in favour of tightening them ever further. His reasoning in a nutshell being that without them it would be far too easy for the unscrupulous to trade on the reputation of other more fastidious and conscientious producers.

From a consumers point of view, a slower-moving behemoth like an appellation gives me more surity, in that major change (good, but more importantly, bad) takes time for it to work through the system, and so gives me a heads up of whats coming down the pipeline, and therefore a
better informed risk of the product I’m buying.

I don’t have a source I can quote, I can just remember it happening. I can also remember that it was just after the expansion that the supermarkets started the Christmas reductions.

I visited Champagne about 30 years ago with a girlfriend I had at the time and remember the extent of the spread of the vinyards. I’ve driven through Champagne several times on the way south heading for the coast in the last 10 years and the appelation has certainly got bigger.

Ok, It never happened, this is misinformation. The Champagne zones as they stand today have been so since 1927, I am very much up on my Champagne history.
Maybe in your view “driving through” Champagne it may appear “bigger” to you however the zones or regions within Champagne have not gotten bigger and growers have to abide by the appellation rules and regulation regarding everything from yields, to quality to ageing.

The proposal to increase the Champagne appellation was first made in 2006 and approved in 2008. It added 38 new communes to the existing 319 (if I recall correctly). The first approved change since 1927.

A quick search threw up this article in Decanter.

As the article says, it would take around a decade for new vineyards in these areas to come on line.

Their date for the vineyards to come on line was later.

Apologies if the approval has since been reversed but I remember this being quite a big story at the time.

I was purely working on recall but have just read up on line a bit about it:
In 2008 it was decided to expand the Champagne area by 30% from 319 communes to 357, this was the first expansion since 1927. Vines were to be planted in 2015 and increased production expected to hit the market next year.

Winemakers in France's Champagne region are this week gathering a bumper grape harvest, but there is a bitter aftertaste: the slump in demand for bubbly caused by the COVID-19 pandemic means some of the harvest will go to waste. "We make the wine of...

No grants no govt agricultural assistance no eu farming grants no tax breaks on plant and machinery and on and on, oh and land prices higher they already own the land they are just changing use. This is life style for land owning hipsters and charging the serfs top pence for a little slice of smugness

They haven’t deliniated the region and made it bigger, they have allowed villages WITHIN the already zones of Champagne to grow and produce wine where they previously were not allowed to. The addition of these villages only added 38 or so villages withIN the original zones of production.

So the acreage where they can grow Champagne has got bigger then.

Next thing you know, the Champenois will be awarded a dodgy Covid PPE contract off our government by the sounds of it

Yes, which are mainly around the Epernay and Reims areas.

I love wine, but despise the corruption and sharp practice involved by those in power who manipulate situations to dress it all up in the emporers clothes in order to cash in big style.
OK so you can only call it Champaign if it comes from within a certain boundry, but what about the stuff from the other side of the fence which is just as nice. Why not expand the boundary and let someone else get a bit of the action, and the rest of us the product a bit cheaper.
I forget which wine it is in Itally, but they often have problems with some producers cheating a bit and chucking in a bit of merlot into the mix which isn’t allowed but often leads to higher scores from the critics. If the merlot helps improve the wine then why not use it.

If the world were simple enough that all adulterations were positive, then you could live in your unrestrained, free market nirvana. That we don’t is why we have a statute book that could sink a battleship. There’s a lot to be said for slow change.

Even I’m getting bored of every thread descending into the Godwin’s Law of Brexit, but just so more unevidenced bullshit isn’t allowed to run amok, our trade policy with The Commonwealth wasn’t sufficient for our economy even when we were bloody well in control of all the economies involved in it.

Reading your post encouraging us to buy South African courgettes, are you a rogue bot per chance

Not sure if I should post this here or my Brandy thread, but I picked up a bottle of Remy Martin VSOP for £28 in Sainsbury’s today.

I am going to do a side-by-side comparison between it and the Remy Martin VSOP from the 80’s that started off the Brandy experiment.

Did I hear something…? 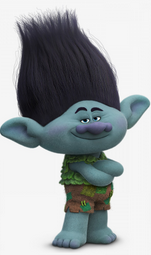