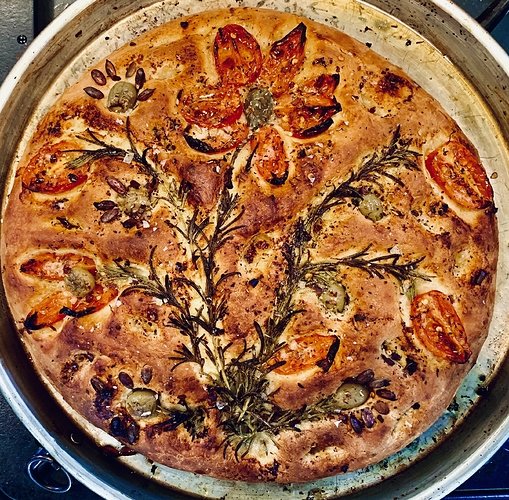 image2685×2636 3.41 MB
All the rage, I’m lead to believe. Thought I’d give it a go with this focaccia. San Marzano tomatoes, rosemary, olives a large caper berry and sunflower seeds. Olive oil, Balsamic and salt await.
Any budding baking artists out there willing to share their etchings?
18 Likes
peterm May 26, 2020, 4:02pm #2

I LOVE this! I wish I’d ever been this talented in the kitchen…

I agree, once on the table. This was baked at 250oC though after being played with!

Get with it Laura. Focaccia is really one of the easiest of breads to make and welcomes additions.
A cup of warm water and several glugs of olive oil in a mixing bowl.
500g strong white flour
2 tsp yeast
1.5tsp salt
Handful of Herbs of your choice (thyme, chilli flakes, fennel is my usual, but put in sundried tomatoes if you like)
Mix then push and fold until you’ve got a smooth outer dough.
Cover with cling film for about 2 hours for the magic to happen.
Squash flat on baking tray of your choice (I have a tin lined copper pizza tray from Montepulciano

)
Stick your fingers in right to the bottom of the dough to make wells in which rosemary can go.
A good ladle of olive oil, melted butter and garlic mixed together and poured over the top coats any additions and prevents some singeing as well as making it unctuous.
Sprinkle with Maldon salt.
Bake, 18 minutes.
How about a decorated Nigella chocolate brownie instead?
Kids once made 2 trays of her brownie with a peanut butter icing between the layers and on top as well. Enough for a long time.

How long do you leave the focaccia before putting it in the oven?

My current recipe of choice for it I don’t actually put any oil at all in the dough. I just utterly slather the proved dough in oil when I put it the tray (tying in with the other half of your post, a brownie tray in my case) and then brine the top after poking and leave it for another half hour before it goes in the oven.

Also mine tend to be less ornate that yours!

Mine tend to look a little more like this 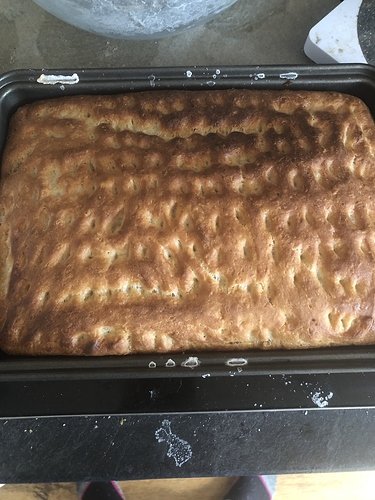 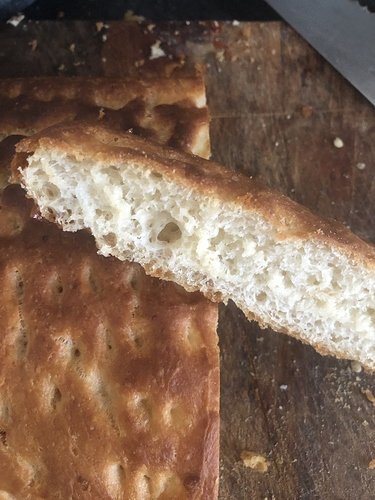 although I did unleash this on the world last week 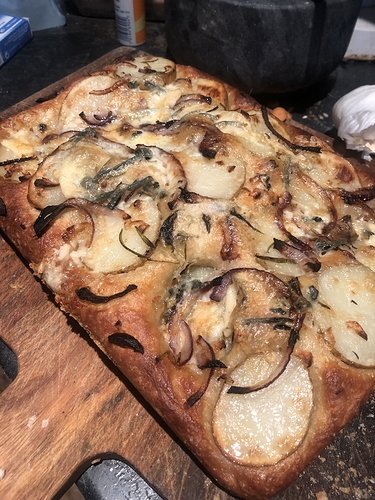 Now that’s very trad.
This one is ornate because of trying to add some creativity to the homelife of lockdown leave.
I don’t usually wait after making it how I want it to appear/taste. The basic recipe is so basic I think it allows a multitude of approaches for personal taste.

I may get brave enough and try a more decorative one to demonstrate why I tend to keep it plain!

I agree with keeping the recipe as basic as possible so you can then play without it getting in the way (hence the potato and blue cheese, which also had plenty of red onion, garlic and rosemary in it!).

Variety is the spice of life

Awesome, a recipe. I must get in on the focaccia action!!

that looks fabulous ! friend did a similar pattern on her’s

is it easy to do? im not a baker but can cook most things

For one brownie tin size focaccia:

1 par boiled potato sliced around half cm thick
1/2 red onion - thinly sliced in half moons
1 sprig of rosemary
some semi-soft blue cheese (no need to be fancy as it’s going to get a serious blast of heat anyway - in that case I used Danish Blue)
A clove or two of garlic, finely chopped
A good glug of olive oil

thanks…ingredients noted for next shopping trip ! 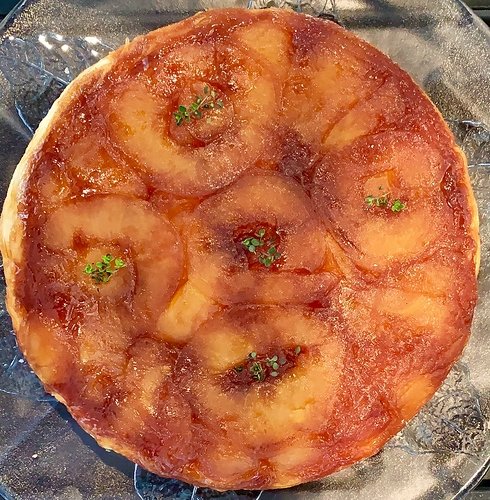 One of my all time favourite dishes. Also our slightly but not quite synchronous baking means I made a (very 90s!) red onion “tarte tatin” the other night.