Cooking with wine (and other alcohol) - a quiz

So many favourite dishes, especially ones made to match our favourite bottles, actually call for wine in the cooking as well - whether as moisture, to deglaze, or maybe to create an emulsion.

How much do you know about that process? Particularly if you are cooking for a family meal as opposed to a dinner party.

Here’s a quick poll for the wine-loving chefs out there.

What percentage of the alcohol content added to a dish remains in that dish after you’ve cooked it?

1. 2 1/2 hours of baking or simmering dishes with alcohol mixed in

2. adding the alcohol to a boiling liquid and then removing from the heat

After you have voted, you can click on the spoiler here for the answer (no cheating!)

A 2003 study by the USDA’s Nutrient Data Laboratory shows that the amount of alcohol retained in food can range from 5 to 85 percent, depending on the preparation method. For baked or simmered dishes with alcohol mixed in, after 2 1/2 hours of cooking time, 5 percent of the original amount of alcohol is left. But when the alcohol is added to a boiling liquid and then removed from the heat, 85 percent of the alcohol remains. (https://www.chowhound.com/food-news/54140/does-cooking-alcohol-really-burn-it-all-off/) - Were you surprised?

I have to say that when I discovered the figures above, I was a little surprised, so I guess I was not alone in this.

Might this make you cook differently (especially if cooking for kids)?

! Early 80’s I think …!! The story always resurfaces at the usual funerals and weddings

I cook Jamie Oliver’s beef stew with a bottle of red wine.
That cooks in oven at 160C for 3-4 hours.

So according to the above there will be 5% of the original alcohol left after 2.5 hrs; but how much left after 4 hours?

But lets assume abv of the wine is 14%, so after two & half hours 5% of that alcohol remains – that actually means 0.7% alcohol is left.

But wine is not the only liquid in the casserole: oil, water from tinned tomatoes plus liquid from vegetables, all again dilute the alcoholic percentage.

Now divide that casserole into 4 portions, and the alcoholic content per portion is less that you get in a can of 'alcohol free ’ beer or a mouthwash.

Incidentally, the link in the article referred to doesn’t seem to mention alcohol in cooking.

(I’m not a scientist, but I believe cooking wine at 160C for several hours evaporates alcohol.)

Sherry trifle… Ages and ages since I had that. Seems to have vanished from restaurant menus.

Of course sherry is higher alcohol than regular table wine and the trifle is not cooked that there’s no alcohol evaporation.

My favourite restaurant serves melon with Port. One waiter brings a half melon with the seeds scooped out. Another brings a decanter on a silver tray and proceeds to pour Port into the depression until its spilling over the top or you cry stop. Though he’s a bit hard of hearing…

I did not know this! Thanks for enlightening us. Although at least that’s still not an awful lot of alcohol left, right? (Can you tell I don’t have kids?!) Has anyone really ever accidentally made their children tipsy with a wine-y dinner?

As for the sherry trifle… it just sounds like your Ma made my kinda trifle, @leah!

The boozier the better!

!
The kids fortunately haven’t ever mistakenly been made tipsy … the dog however, will that’s a whole other story

The kids fortunately haven’t ever mistakenly been made tipsy … the dog however, will that’s a whole other story

HAHA! Now this I need to hear… 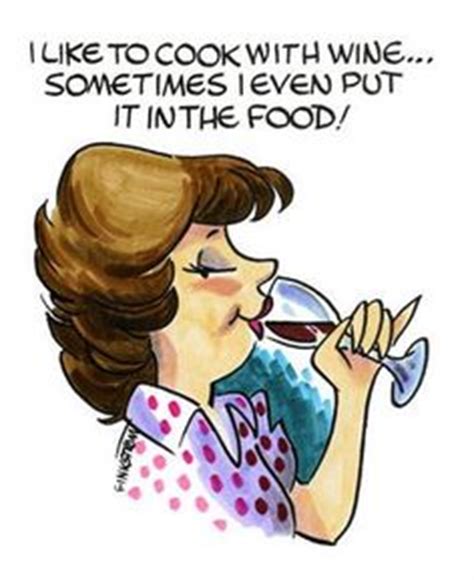 Yes, it begins to evaporate at around 78c … but it isn’t an instantaneous thing (thankfully) and since some will bind to other liquids and food, it never totally disappears

Does Alcohol Added During the Cooking Process Really Boil Away?

Does anyone else inhale the steam when cooking with wine?

Guess I think of it as savouring the aroma rather than inhaling, Mr Clinton

We only tend to add wine to slow-cook dishes such as lamb shanks with at least 4 hrs in the oven. So the residual alcohol should hopefully be minimal. Hope so because I’ve feeding that dish to my daughter since she was four!

Interested to hear what members think about reductions from pan fried dishes. I usually add a splash of wine for the initially de-glaze and then stock - usually from a cube with boiled water added - which will have cooled a bit by the time I add it. 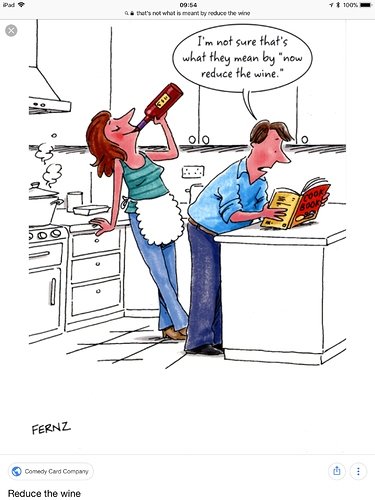 Surely it depends whether one cooks with a lid on?
If so, some alcohol should condense on the lid and run back into the dish in similar manner to a still.

A good point. I assume that for the scientific analysis they took this into account, but in practice it probably means that even more alcohol will remain in the food even after long cooking if you do this.

I wonder if there is a separate study into this?

… oh, and sounds like a complicated way to concentrate one’s spirit

And if the alcohol evaporates and then condenses back into the pot because the lid is on, then so too does the water thus diluting the distilled wine back to its original abv.

As I posted earlier, there’s nothing to worry us here.

I think you misunderstood me - I was saying that more of what was there remains since it cannot escape - both water and alcohol, so the remainder will be closer to the original ABV than the amount quoted above