How much does it retail for now? Could not find on wine searcher.

After drinking the superb Gunderloch 2015 Spatlese on Christmas Day. We had a mock beef pie with the 2001 Musar. Recognisably a mature bottle of Musar, more delicate than others I have had, a great drink for midwinter.

Finished off the same pie with this: 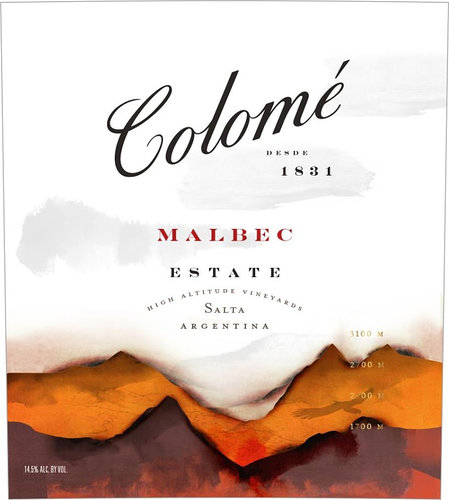 Was on offer for a tenner at Waitrose, and features grapes from what is allegedly the world’s highest vineyard. Lots of guts and colour as you’d expect from an Argentinian Malbec, but with a bit more freshness, a very modern style which hides its 14.5% alcohol well. Young and fruity and certainly worth the sale price (if not quite the £17 it was at originally)

Skyped my folks on Xmas Eve and that is what they were popping to quench their thirst in the scorching heat.
Also my wedding fizz so I have a soft spot for this one

£17.50 with vinoteca. Nice wine but I reckon that’s a bit punchy

Sticking to the dubious wine theme, I managed to convince my mother-in-law that it’s time to drink a couple of the wines in the rack she keeps next to her oven

Opened these two ‘for her’ and very happy with the contents, given where they’d been stored for the past 10-12 years. 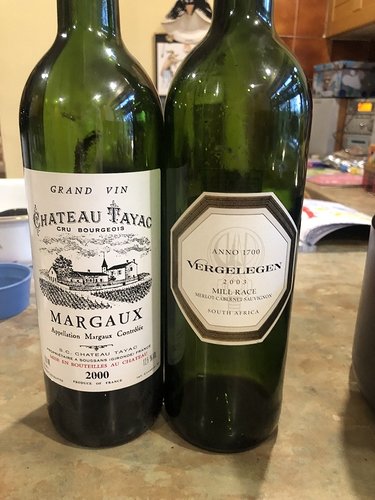 Both super smooth, well integrated tannins and nice fruit. My preference was the Vergelegen, which had a bit more intensity to it that worked beautifully with the stew.

Tonight we have enjoyed incredibly fresh swordfish steaks with a Coume del Mas 2014 white Collioure. A beautiful, peach flavoured wine with some citrus to keep it fresh. We bought it on holiday a few years ago and it has €17.50 written on it by the sellers. So probably quite a pricey wine now. Anyway, it went very nicely.

Got a gift of Laurent Perrier NV suitably chilled on Christmas Day - duly despatched as aperitif - hadn’t had it for a while. Not complex, but very refreshing, light in colour, lemony rather than yeasty.

We had to open a bottle of Boizel too (there were 8 of us). Quite a contrast; deeper colour and flavour, and this has definitely mellowed since last one opened about 8 months ago. Breadsticks and slightly sour apple.

For the meal itself we had as predicted two Alsace - the WS Exhibition Gewurztraminer was reliably good, and paired well with smoked salmon. More restrained than I remember it; opened up a bit more the next day.

Also had the Zind Humbrecht Pinot Gris Roche Roulee 2017, which is at the drier end of Alsace PG, and didn’t quite have the ‘presence’ of some of his other wines. It struggled a bit with the pheasant and pistachio terrine, which the Albert Boxler Reserve 2015 PG most definitely did not on Boxing day.

For reds, we finished a bottle of Thymiopolous Xinomavro Jeunes Vignes, which was loved by all three drinking it. Then a bottle of Salem Wine Company Washington Pinot Noir (2015). Lively colour, correct PN bouquet, and gentle fruit, maybe too gentle with all the rich food flavours.

Also Coravined a couple of glasses of Pierre Gaillard Cote Rotie 2012, which was a lively, perfumed and fruity revelation compared to its perennially sulky 2010 older brother, which still hasn’t come round…the 2012 has a good acid backbone to lift the fruit and little tannin now. Finished it off on Boxing Day, which wasn’t the plan, but it was so good and another 4 bottles remain.

Single glass Coravin of the WS Exhibition Hermitage 2009…just to see what it was like. Still quite big and feral Syrah (not decanted clearly) so have left the rest.

Also took a glass of the Weinbach Altembourg Gewurztraminer 2013. Voluptuous is the only word, and maybe hedonistic. For sipping…and gorgeous but may be too sweet or OTT for some. Paired beautifully with Epoisses cheese.

Found this burgundy in my local co-op last month. Cost £25. Initially after opening there was a profound taste of sour cherries which did settle a bit after a few hours of opening the bottle. There are better red burgundies out there for the price. 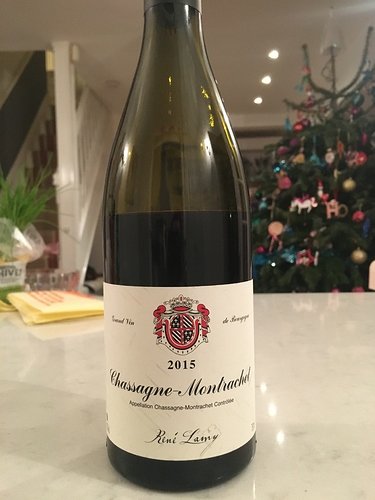 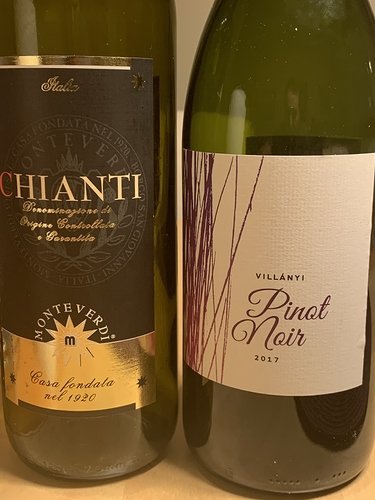 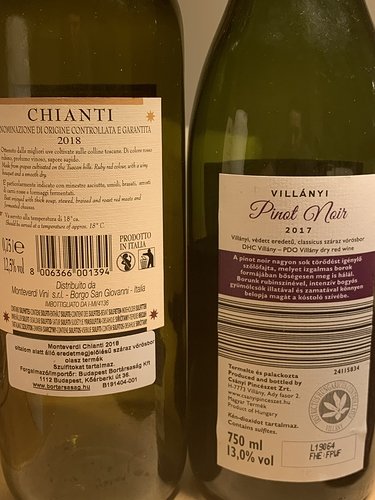 A couple of wines enjoyed with beef en croute (the 1995) and cheese (the 2009). the former was a delight - slight orange at the rim, cedar box nose, perfect fruit/acid balance with ripe tannins and a delicate but good finish. The latter was much more vibrant with more “punch” on the palate and plenty of future development to come. 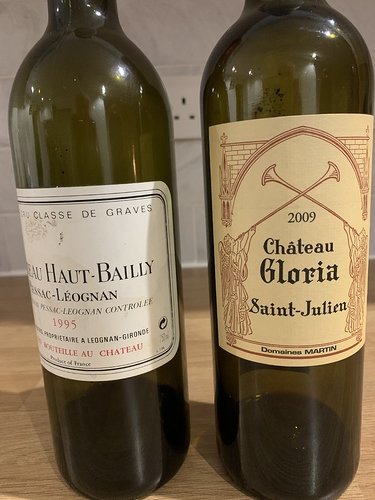 Dinner had been preceded by a bottle of Champagne de Venoge N.V. with good bottle age and lots of biscuity notes. Our first course of a spinach soup was well matched with an Ernest Burn Alsace P.G. “Clos Saint-Imer” 1996 which, although it had become golden in colour, was still showing plenty of fruit on the palate with good acidity. In case anyone is worrying about my liver, I should mention that we were a party of 6.

I’ve never seen the Tayac for sale in the UK but I did pick up a couple of bottles of their 2016 second wine - Chartreuse de Tayac in the Super U in France which was a nice easy drinking wine though I don’t think it has the legs for aging. I would like to try the first wine sometime.

I finished the’09 TWS Exhibition Hermitage on Christmas day and overall have been very impressed with it. I’m not sure I’m sufficiently impressed to pursue some of the rest of the rather more expensive Hermitage wines but I would buy this one again.

That was followed by a '99 Chateau Musar which was just as lovely, smooth and exotic as the one I opened a few months back. I’m rather pleased I still have another four of this vintage.

Jeez, I’m supposed to be on holiday and I have to make these decisions…

[actually I’m working at the moment; the holiday bit is only really the evenings just now!!! But they’re going great with the lovely wines!]

I’ve never seen the Tayac for sale in the UK

Wow ! I’ve really enjoyed reading about the wonderful wines you’ve all been enjoying this week. Sometimes you’ve just got to go for it !

Two Austrian wines here yesterday. Both were top notch. First up a GV… 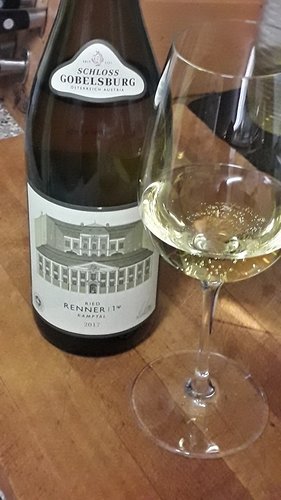 …from the Renner vineyard. Peach and orchard fruit flavours, a twist of spice and a refreshing mineral finish. More weight, depth, complexity, and above all, texture than I’m used to from GV and well worth the asking price ( £19 bin-end ). 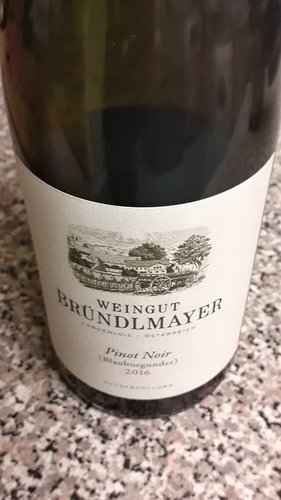 …silky and supple with deliciously pure, slightly savoury, red fruit flavours. Sleek and elegant and, at this point in time, wonderfully fresh. Further bottle aging would do it no harm at all.

Well, the drinking continued throughout the afternoon and evening, drinking up the open bottles donated by all and sundry. First this:

Quite tasty, fairly light, cinsault-heavy blend from Majestic. Not convinced it’s worth the £15 mix-6 price. 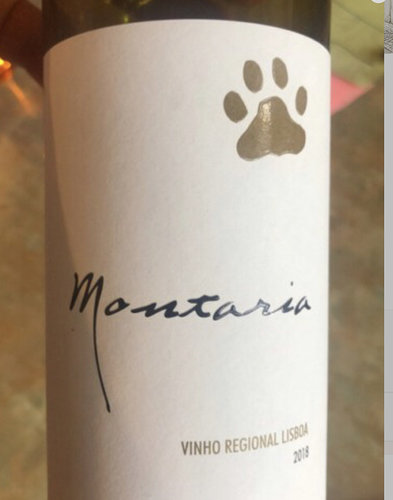 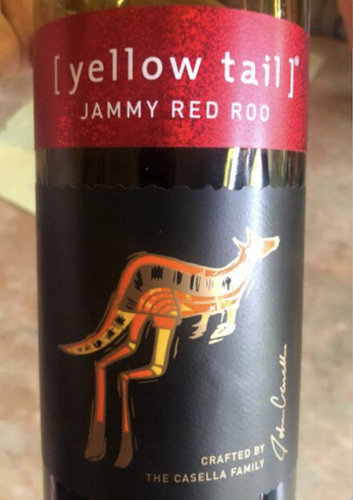 I was poured a glass but only able to manage two sips - the second was an oral double-take. Jammy Red Roo is about right. Hideously sweet, no structure whatsoever. Poured the rest of my glass down the sink and (silently) declared my drinking over for the night.

Regarding the Yellow Tail red. Your comments made me laugh out loud as I had a similar experience with their overtly sweet and structureless Chardonnay on Boxing Day. Memorable for all the wrong reasons, I only tried it to see if @Herbster was exaggerating its sheer awfulness. He wasn’t.

Also took a glass of the Weinbach Altembourg Gewurztraminer 2013.

You clearly have much better self-control than me. Not that I own a Coravin, but even if I did, stopping at one glass would be just too hard!

Fairly quiet food-and-drink wise here since Christmas. The Exhibition Vacqueyras lost its bret and seemed to regain its dark fruit after a couple of days, which was good to find. Currently drinking this barrique Bruno Sorg pinot noir 2013. 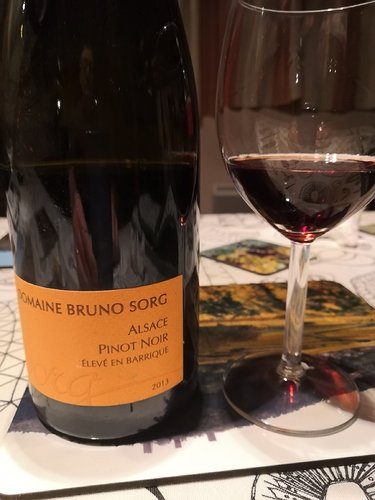 Oak is noticeable but not too overpowering, some pinot cabbageyness together with raspberries and cherries, quite high acidity, medium bodied, and good length. A nice alternative to lighter red burgundy.

We’re on the last night of our peaceful Kentish retreat; yesterday evening we ate at The Milk House in Sissinghurst - recommended if you’re in the area. The husband stuck to his beloved Harvey’s, and I had a couple glasses of Maison de la Paix Viognier, which went really well with a Clementine glazed ham.

Staying in tonight and making an Italian sausage and beans stew, so opened this fantastic 2013 Chave Cotes du Rhone: 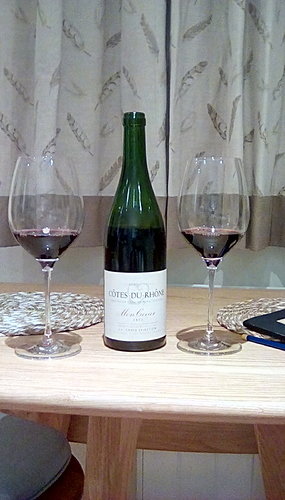 Very farmyardy when opened - reminded the husband of playing near pig sties in rural Essex as a child… Decanted for a couple hours, which was a good idea anyway, due to quite a bit of sediment.

So pleased to have tried it before it sold out. It’s got everything I like about a good CdR - generosity of fruit, spiciness, smooth tannins and a good backbone of acidity, but with an extra dimension of a bit of age; there’s a good fruit concentration (plums, blackcurrant), black pepper, leather and game (of the cured type). Real depth of flavour and quite a long, spicy finish.

I love it when TWS releases fully mature gems like these!

Planning to finish the evening with a glass of Williams & Humbert ‘Canasta’ cream sherry - the only Sherry the other half can tolerate- which is still a sort of a triumph for me!

Not sure if it’s just where the photo has been taken, but it looks pretty dark for a PN, particularly from Alsace!