I can see from some of the threads that we have some real Champagne aficionados here, but I was wondering…having tasted (for professional reasons) a supermarket Champagne at under £20 which was “acceptable” at what levels are alternatives better? There are some really excellent Crémants from Alsace, Limoux and Bourgogne and that is without looking at traditional method fizz from the New World, all of which are cheaper than the real thing.

What would people recommend?

Cap Classique to start, from any reputable producer, such as Klein Constantia. 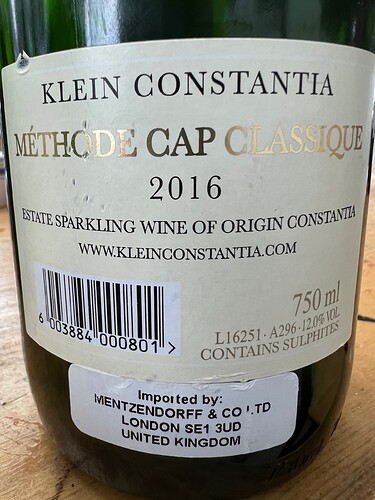 Cap Classique to start, from any reputable producer,

I absolutely agree with @NW3Andre on this point.

That’s really helpful, apart from knowing that it is traditional method, I know little about Cap Classique. Need to do some research!

There are some really excellent Crémants from Alsace, Limoux and Bourgogne and that is without looking at traditional method fizz from the New World, all of which are cheaper than the real thing.

A couple of years I did what I call ‘research’ along those lines, tried maybe a dozen alternatives. I concluded:

‘The real thing’ was unbeatable - with the vital proviso that one chose very carefully and gave it extra cellar time. And expensive, so plan a couple of years in advance and buy at the right moment. Hence I have a rolling reserve of TWS brut & Veuve Clicquot, and will be drinking the 2012 based vintage this Xmas.

Generic Champagne is a waste of money (and some brands, including Mumm red label) - in my opinion. There’s some terrible stuff out there.

Of all the sparklers, I found that Ch. imitators were largely unsuccessful. TWS Saumur Brut and Antoch were very good, the chenin added another direction which was very tasty.

The majority of members on this forum really go for English sparkling - but not me. Horses for courses.

I think once you are spending sensible money I agree - Champagne is worth it.

English is very good, and can match Champagne but when you look at the yields it is clear why it is so expensive (about a quarter of Champagne) and English producers tend not to have the reserve wines that produce the best NVs from Champagne. I had a Louis Roederer NV recently and loved the complexity that the older wines brought.

I think that when you get to the cheaper wines it is worth looking outside Champagne. Where that divider comes I am not sure.

Cava Conde de Haro Brut 2019 is always my go,-to recommendation for fizz. The Antech Blanquette de Limoux is also great and an absolute steal at £11ish a bottle.

Good Cava is generally both better and cheaper than bad champagne. I am currently toying with the idea of getting some of this and leaving it in reserves. I’ve not had their brut nature, but I’ve had their regular GR from 1986 (the first year Cava was called Cava rather than being sold as “Champagne”) and it was insane.

Jancis Robinson on the best bubbles for Christmas 2022 is up on the FT site but I can’t link to it.

Also on her own site: 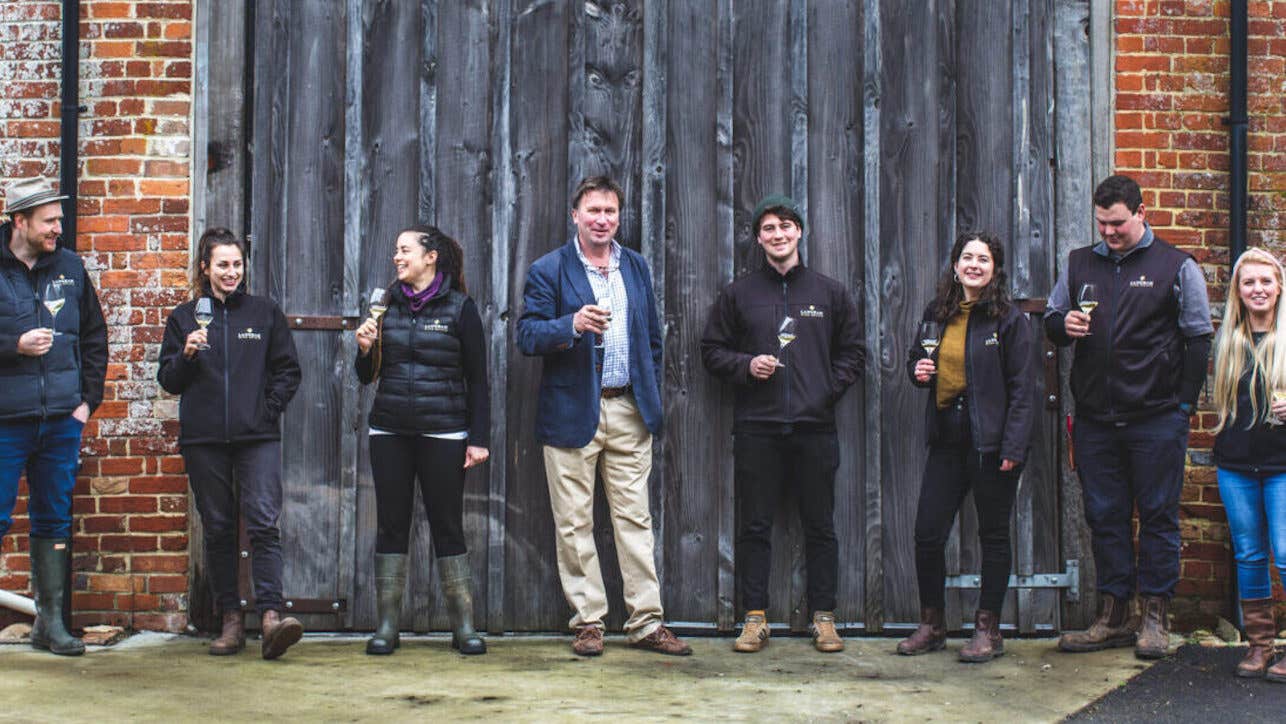 I’ve found the Jean de Foigny and Jules Camuset very nice easy-drinking Champagne. As @strawpig said the Antech Blanquette is very good too. I’ve enjoyed Castelnau, Boizel, Henriot and TWS Champagne (needs a couple of years to mellow out), which are at good case prices atm.
I think it depends on what the purpose of your buying this fizz is (or indeed any wine… I’ve wasted a lot of wine on trying to impress people who don’t care!) 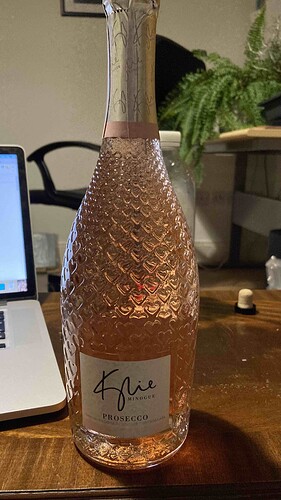 If I am not drinkng Champagne then Cava is my first choice.
I have been disturbed by the rise of Prosecco which I attribute to the media whereas I see Cava as a better made, better value and generally not so sweet wine.
Partly from French hypermarket purchases, I also drink sparkling Saumur and various French cremants. If I am visiting the area of production I will always choose the local cremant/bollicino/cava/sekt etc.

May I also add, there are many occasions when one drinks sparkling wine. The occasion may be a bigger criterion in one’s wine choice than others. A hypermarché sparkler in a summer garden, a vintage Champagne with selected friends for a special dinner.

I had a long chat with a director of a Champagne cooperative at the London wine trade fair this year. I asked him about ESW. His response was twofold
He said we make some good sparkling wine but, we are always in too much of a rush and we have to discount our export price to such an extent that we sell it at a loss.
He was dead right on both points.

I suspect I’m not qualified to comment but I think making a loss is quite normal when you are a sub scale start up with entrenched competition.

Once (if) you have achieved scale then profit more achievable, with economies of size and more ability to influence the market.

Once you’ve got rid of the contents and the label, get a small string of LED lights in there and it’ll look great, especially next month

English is very good, and can match Champagne

That’s not my experience. Having attended the latest wine society sparkling wine tasting just last week, and having tasted every single English producer on display, I would politely disagree with the above statement.

And that’s even before accounting for price / value ratio of English wines.

That being said, as mentioned previously, if one wants to pay serious money, then the place to go is champagne. Philipponnat and Selose are prime examples.

Philipponnat is a French Champagne House with deep and historic family roots since 1522. By renewing its traditions to perpetuate the best, Philipponnat offers a distinctive vinous style and unmistakable wines, among which is the famous cuvée Clos...

That being said, if Nyetimber was priced around £15 to £20 per bottle I would consider drinking it more frequently.

Agree with @lapin_rouge on these, and the TWS Saumur Rosé used to be my reliable summer fizz, but I tried a bottle this summer for the first time in a couple of years and was disappointed. Was sweet and one-dimensional - more pink candyfloss than the fresh strawberry-with-a-savoury-edge I remember. Has the blend changed I wondered? Would be interested in others’ experiences.

At the current £144/6 price (although temporarily out of stock right now), I do drink it frequently.

I broadly agree with your view.

My experience in tasting ESW against Champagne is that whilst ours are quite good many lack the depth and complexity of Champagne. I suspect that many ESWs spend less time on lees than Champagne.
We plant differently from Champagne. They are aroundvines 8,000 per ha. English vineyards plant at about half that. Hence to get a decent yield we need to prune with more buds per vine. That risks resulting in a dilution of flavour and intensity.

Have you tried something like Nyetimber’s Tillington, or one of their BdB with some age on it?

I had a mag of their 1996 a few years ago and it knocked the socks off both Cristal and Dom P in my view.

But perhaps I just like the acid end of the spectrum!

But perhaps I just like the acid end of the spectrum!

Nyetimber is unfortunately excellent but very expensive - we had it in a blind tasting a couple of weeks ago and it was outstanding (Blanc de Blancs) but at £38 it is expensive.

We don’t get anywhere near Champagne yields in England - usually about a quarter, which helps to explain the price. I also suspect that part of the problem is that we have not been doing it very long, and English producers simply don’t have the reserve stocks to build the layers of complexity that French houses can in their NV.