Champagne and All Sorts of Fizz!

Anyone taken delivery this week of the 2009 Nyetimber in either bottle or magnum format? I’d love to know the code on the back label to check disgorgement date and compare to some 2009s I bought many years ago. Thanks!

I have not seen it yet, but according to Member Services:

The 2009 Nyetimber was disgorged in January 2016 and has been kept in Nyetimbers cellars until very recently. Each bottle has a code printed on the back label which will give you the full details when entered in to Nyetimber’s website.

Funnily L&W claim their version (sold as Late Disgorgment) was disgorged in 2017, so not too sure…

I was sent the additional detail last night by WS. The bottles I have of the 2009 bought many years ago were disgorged in April 2014, so only a little extra time on these newly released bottles.

Lay and Wheeler have been rather misleading when offering the 2009 Nyetimber last week claiming it was an exclusive to them and recently disgorged. The bottles L&W sent me are in fact also Jan 2016 disgorgement and the same fizz is being offered by WS and Farr amongst many others - hardly ‘exclusive’!

I have no idea why L&W feel the need to take their customers for a ride, rather than simply say upfront that these were recently released from Nyetimber stocks. I’ll be taking any mail shots from them with a large pinch of salt from now on.

Sad they have gone from hyperbole to plain lies.

A fantastic Champagne vintage, 2012 has great expression and finesse. This 65% pinot noir, 35% chardonnay blend is classic Bollinger, with great weight and character and almond, apricot and hazelnut on the nose. The mousse if very fine, supporting complex citrus notes which last well on the finish....

Good Housekeeping have published a lengthy list of best ESW’s in various categories.

Morrison’s came out top of under £35 wines (mentioned on this forum). But there were some slightly odd categories - best Cornish (Camel Valley, surprise surprise), biggest bubbles (is that a thing?) Ellercombe, best for brioche notes (Tesco Finest) which I guess many will look out for.

It would seem so, I’ll look out for the full article and advise further if there’s an explanation. Contrary to the received wisdom, I’d have thought.

biggest bubbles (is that a thing?)

I would be looking for the finest bubbles… odd … 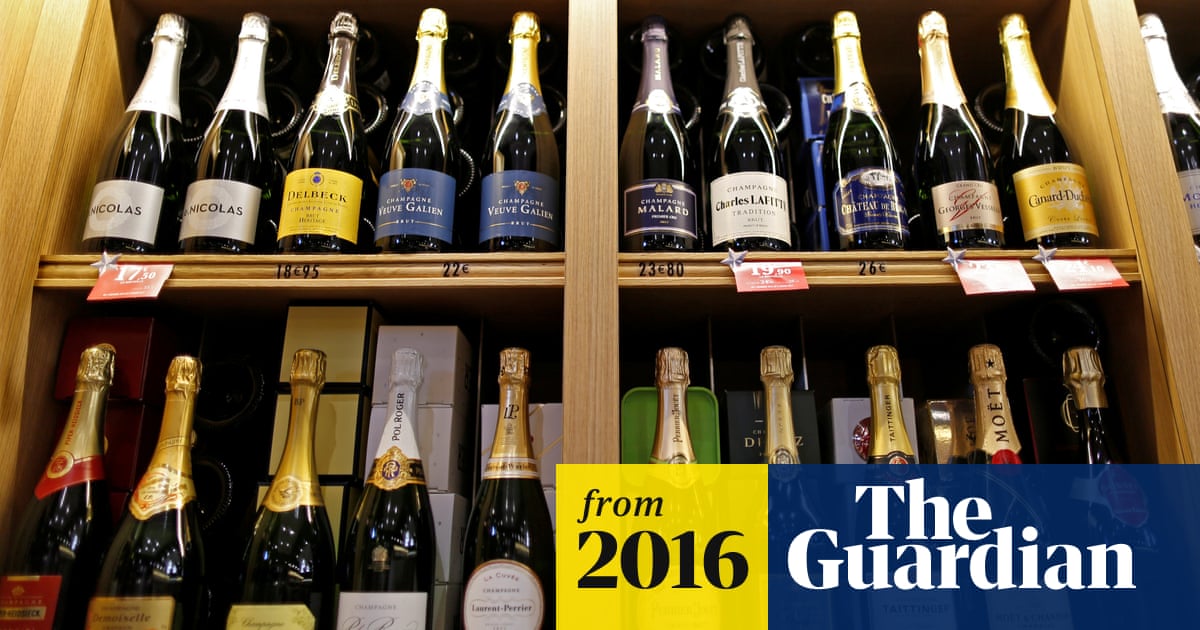 Larger bubbles, about 3.4mm across, enhance the release of aerosols into the air above the glass, say experts

Trying to work this out… given that Champagne (et al) “goes to the head” because the dissolved CO2 enables the gut to absorb ethanol faster, do bigger bubbles hasten or retard this process ? Given the bubbles are pure CO2 and so the volume - surface area ratio increases with bubble size, I’m deducing that bigger bubbles accentuate the going-to-the-head phenomenon ? Any physicists out there ?

I’d need to do some reading.

If it’s the dissolved CO2 that enables the gut to absorb the ethanol fast then bigger bubbles retard that. The assumption here is that bubble nucleation happens at the same rate, regardless of bubble size, so you’re getting the same number of bubbles, but they’re larger. This would mean more CO2 is escaping and less is still dissolved to aid absorption. This also assumes that there’s the same amount of dissolved CO2 the the two different fizzes. In reality I’d imagine that smaller bubbles also nucleate much more quickly so you’d end up with a very similar rate of CO2 release. If we model it as a spherical champagne in a vacuum…

Either way smaller bubbles feel nicer in the mouth.

I like the mousse that fine bubbles produce.
I associate bigger bubbles with carbonated Fizz, where little mousse is produced, the bubbling is short lived - heck, you get what you pay for!!
That said, one can be certain that there will be top end producers who make a fine product.
I have found mine, and am patiently awaiting the delivery of:
2 bottles Bollinger Grande Annee 2012 Vinous 95/100, Parker 94/100, Jeb 96/100.

I think bubble size is a result of pressure; carbonated wines tend not to be injected with CO2 under as much pressure as traditionally fermented wine. Carbonated drinks are low pressure and have large bubbles.

I have had carbonated wines with as small bubbles as Champagne and I have always believed that small bubble were desirable in a sparkling wine.

one can be certain that there will be top end producers who make a fine product.

Indeed, and I’ve never quite bought into the generic superiority of MC over Charmat. I think there’s cross-over here as the latter is not that easy to do; whilst the chemistry is essentially the same.

In Brazil, the Serra Gaucha region is well known for its sparkling wines; it’s like a little Tuscany there. The big operators include Chandon which, counterintuitively, only makes Charmat method, and Salton.

We visited Salton which makes both styles, the greater part being Charmat, and I was very impressed with the quality; Not least as they have enough capacity to rest the wines in the tanks on lees for 3 years before filtering and bottling. Several of their range were much nicer - with lovely fine mousses - than the many cheap entry-level industrial Champagnes I’ve sampled.

If we model it as a spherical champagne in a vacuum…

Edit - I agree with all of these points, though rate of bubble formation is going to be partially dependent on your glassware. A perfectly smooth glass will mean no nucleation sites, so fewer (in fact theoretically no) bubbles, once poured.

So… what about carbonic acid due to CO2 in Champagne (other fizzy wines are available) - is that good / bad / indifferent ? does this create an extra acidic wine ? and what happens after considerable age - or being served in a jumbo jet - (and presumably dissolved C02) declines?

ZERO points for anyone who merely dumps a link to another article or scientific paper.

My understanding - as someone who has literally no clue - was that carbonic acid was only formed once in the stomach from the dissolved CO2, and was a byproduct of digestion.

I remain open to correction by someone with a clue!

The pH of a saturated solution of CO2 in distilled water is around 3.8, which is higher than the pH of champagne (which I would guess is somewhere around 3.1 or 3.2, though maybe a bit lower). The organic acids in the wine will have much more impact on this.

OK… so does that means the C02 / carbonic acid is irrelevant because the organic acids ‘over-rule’ it? - I never got further than O level Chemistry.