Heading to Gran Canaria in a couple of weeks for a long weekend in the sun. We’re not going to travel around at all, but I’d be interested in any recommended producers from the islands to try out while I’m there.

(unrelated, but can only admins create tags? I thought ‘recommendations’ would make sense but I guess I can only choose existing tags. @robert_mcintosh?)

I went in there and created the recommendations tag, so that means no to the question. It appears you can use a maximum of 3 tags though.

Hmm. Maybe I’m just restricted still as a new user. Not to worry, thanks!

You might be right, I think you need the ‘Regular’ badge

I don’t have much personal experience of these, but have been reading a good book on volcanic wines by John Szabo who recommends Frontón de Oro from Gran Canaria and (among others) Matías i Torres, Viñátigo, Tajinaste and Suertes del Marqués from Tenerife.

Thanks! It will be interesting to compare them to the wines I had in Cabo Verde. I’ll look these up.

Hello, I am recently back from Lanzarote, and I enjoyed some local wines. They don’t produce the volume to export much overseas, and it is mainly the malvasia grape they grow. Bodega Rubicon, particularly Amalia, named after the owner’s granddaughter, was very enjoyable. I bought a bottle of El Grifo’s dessert wine, Canari, home which I’ve yet to try (it has been well received in International Wine shows I understand). La Geria’s Malvasia Manto went well with simply grilled fish. The Canary Islands benefit from a low VAT rate, compared to mainland Spain, so the wines and spirits seemed very reasonable in the supermarkets and shops…the usual suspects are readily available…Caceres, Riscal, Faustino, Torres if local wines are hard to find, and I imagine Gran Canaria will be similar. There are also some artisanal gins. Have a great trip!

I couldn’t recommend Suertes del Marques enough. It provably is one of Spain’s most exciting producers. The single vineyard expressions of local varieties are astonishing and full of energy but so are their entry level wines like 7 Fuentes (which TWS used to stock) and Trenzado. Vidonia is provably one of the best whites to be found in Spain.

The other great gem in the island are Envinate, which also makes wines in other regions of Spain. Their Taganan selections, both reds and white are great elegant wines.

For me another amazing part of the island’s wine culture are the ancient vine training methods; the pre-phyloxera wines take all sorts of intricate shapes in order to defend from the strong winds. From vines almost buried in wholes in Lanzarote to metres long vines in the Orotova valley of Tenerife.

My reply may be too late… and your tastes different. I tried Marmajuelo (white) on Tenerife (purchased in a very good hotel), produced on Tenerife, it was amazing, rich, rounded, tropical fruits. Not sure how widely it is available, and whether on different islands. I dont remember the producer.

I’ll look out for it, although haven’t found much local wine so far where we are. Currently trying a Tintilla from fronton de oro. Very peppery.

That’s true commitment there! Posting in the community while on holiday … there should be a special badge for that!

I just want to add my enthusiasm for these tremendous wines to your comments, @Juan. I had the Trenzado recently and thought it was really interesting (saline, mineral, fresh and dry, but very unusual in a good way). But let me tell you, last night I had one of the best wines I’ve had this year: Benje 2015 from Emilio Ramírez and Envínate (Tenerife). Simply astounding. A spectacular volcanic wine - light-bodied, ethereal, super-fragrant (leather and cloves and cinnamon and cherries), fantastically acidic, and the most mineral red I’ve ever had - iron and stones and rocks. A profoundly geological wine. An extraterrestrial wine. Not cheap, at about £23 I think, but actually incredible value. This is a very very serious wine. People pay lots more money for top Burgundy and I think this competes, even if it doesn’t exactly compare. What I also love about this wine is its uniqueness - I’ve not had anything like it from anywhere else. So exciting to drink something truly different. The Society has to get some of this stuff for us. 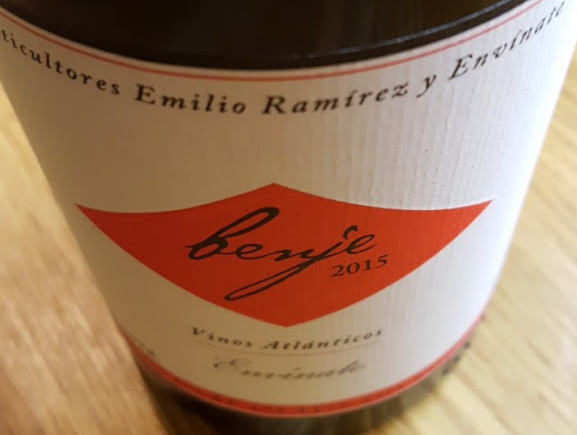 For full transparency, I bought it from http://www.vincognito.co.uk/

Wow, @ricard! This sounds like one amazing red! I like the sound of its minerality. It’s the reason I love Etna wines - the volcanic imprint they seem to leave in the wine.
I don’t know anything about Canary wines, but noticed on a recent ‘browse’ in my local wine shop, Quaff, an example from Tenerife called 7 Fuentes:
http://www.quaffwine.com/sites/default/files/imagecache/product_full/DSC_0064_0.JPG
I am tempted to give it a go, though it’s not particularly cheap. But curiosity might win over wallet concerns…!

Yes, @Juan mentions this wine further up. Might be worth asking him what he thinks. I’ve not had it. I know Quaff, by the way - I lived in Brighton for 10 years (of which 2 in Hove, actually…) Great wine shop!

The Society has to get some of this stuff for us

I’d love to see an ‘island wines’ offer of some description, that would be fun!

@ricard I am so happy you have enjoyed a Tenerife wine so much! I am still to try Benje but all I have seen and heard about it has been great! Envinate are possibly some of the most exciting winemakers in Spain, as they also lead some interesting projects in places like Ribera Sacra as well with great results. One thing that is reflected across all their wines is a profound expression of the place.

And yes, there is a certain Burgundian quality to their wines, an elegant but also powerful character. I think it’s partly due to their taste and approach to wine making. But also the relatively young volcanic soils of Tenerife are so characterful and they certainly leave an imprint in the wine. If anyone needs a further demonstration that terroir matters, these wines are the definitive answer.

Just by coincidence, I had Envinate’s Taganan red last night in 10 Cases in London. Friends around the table were impressed by the saline and rocky character of the wine.

@Inbar , 7Fuentes is an excellent wine! It’s the basic wine by Suertes del Marquez from the Orotvaba valley. It’s a blend of 7 plots, mainly listan negro which is one of the indigenous grape varieties in the Canary Islands. The Society used to stock it! (those were the days…) Do try it, it’s a great example of what Tenerife is all about, and if you like Etna you would love Tenerife!

I am going to buy this one for sure!
That’s what I love about this community! It would never occur to me to try wines from Tenerife, if it weren’t for this thread…

@tom @Juan Nice idea! I agree it would be a good offer. The thing is - how small does the island have to be to qualify? Would English wine count? I think Tasmania would count, but not mainland Australia, which is a continent, even though it’s an island when you zoom out. And Crete, Sardinia, Corsica, Sicily, the Balearics, the Canaries… Would NZ North/South islands be excluded?

Maybe this wine from Cyprus could be included too…I saw that The Queen served it at the recent Commonwealth Dinner. Sounds an interesting one!