One of the drawbacks of grands formats is the added risk if something goes wrong. A corked jeroboam of Ch. Latour would be heartbreaking. 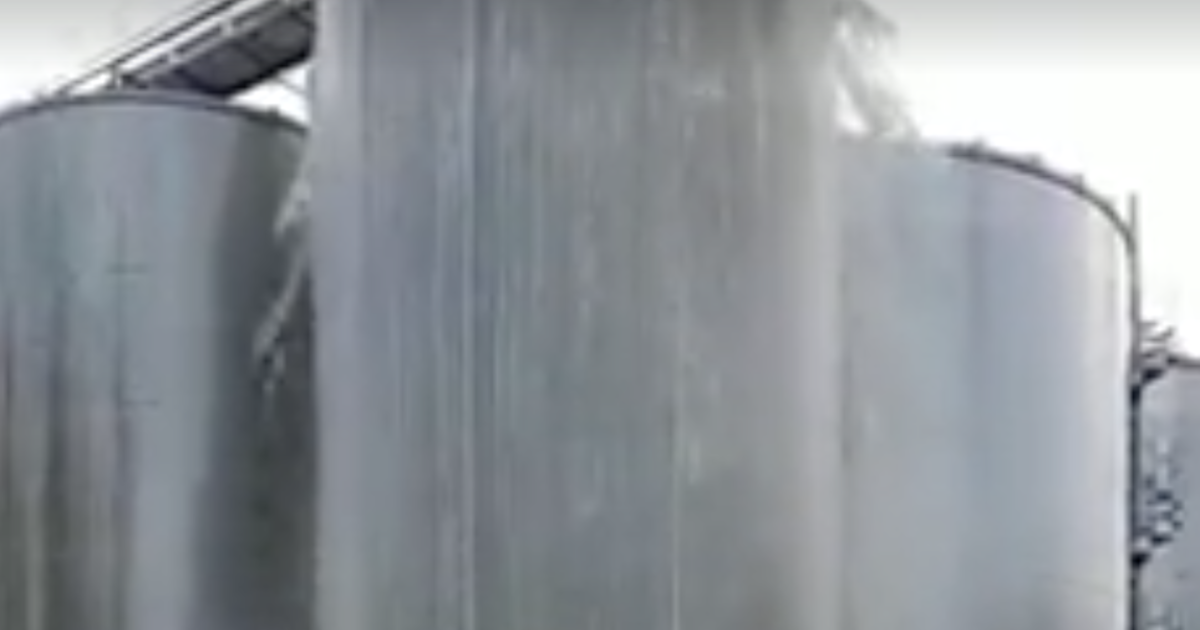 Something to wine about: 6-second video shows 30,000 liters of sparking wine gushing from a tank onto the ground

My father has a garden and vineyard and used to make wine (not any more as age caught up with him a bit). Around 15 years ago one of the barrels in the cellar shot out one of the plugs (secondary fermentation perhaps?). These barrels have two plugs… one on top and one at the bottom on the side. He must have secured the top one really well as sadly it was the bottom one that gave in… that’s 60 litres of wine sucked up by the cellar floor.

That would normally be it, but unfortunately, he was keeping large glass demijohns of pálinka on the other side of the cellar… high velocity wooden projectile meets glass… 20 litres of pálinka also gone. He was not happy… the cellar also stank of alcohol for a considerable period of time afterwards.

At the time it was a bit tragicomical… we could definitely laugh a bit about it. Now it is just a fond memory.

And continuing the off-topic; Years ago, when I were a nipper, (many many years that is) we used to brew our own ginger beer (and many more flavours than just ginger). We used old cider bottles with those chunky twist tops and stored them in the cupboard under the stairs maybe thirty or more bottles at a time. On one occasion, maybe too much sugar or rather lively yeast, but either way the bottles started exploding. No one was allowed to open the door until we had at least one full day without an explosion. It was something of a mess! Especially as the cupboard was also our pantry!

I remember those bottles - they were made of extra thick glass. They must have withstood substantial pressure before they blew. I do remember hearing about someone else who did as you reported, and it apparently caused a chain reaction, setting many of them off at once. (As used to happen in the early days of champagne production.)

The French could only store their Champagne in bottles thanks to British glass technology that could withstand the pressure.

Yeah the initial explosion was something of a chain reaction and after that rather more intermittent. I seem to remember when we eventually got in there my Dad removed and destroyed any bottles that were still intact. He felt there was too big a risk of the bottle blowing whilst trying to open it. And yes they were seriously solid bottles, must have been a lot of pressure.

I certainly dabbled in winemaking many years ago. Used to like fruit wines…even using tinned peaches! However a batch of blackberry wine was quite good, and liked by some Dutch friends who were staying with us. On their departure they took a couple of bottles home…well not quite home. I didn’t know they had packed them in their suitcase rather than stored in the car. Not a good Harwich/Hook crossing…you must be with me by now!

Wow! incredible stories… what would the Health and Safety brigade say?!

The only thing that ever exploded in my presence, was a suitcase half filled with salad cream. My ex-parents in law lived in California (until last year, that is) - and used to miss British food. Whenever we visited, we used to fill one whole suitcase with hobnobs, and digestive biscuits, and Coleman’s mustard and bottles of horrid salad cream which my then mother-in-law was obsessed with. During one trip, the whole damn thing exploded - maybe pressure on the plane, who knows. Anyway, me and my ex were detained for an hour by the customs people, who were trying to ‘home in’ on the weird smell. “It’s some sort of Mayonnnaiiise” said one of them.

The whole thing looked so sad, they actually ended up cleaning it for us, and sending us on our way. We had to get rid of the suitcase, though - nothing could take away the awful smell…

Many years ago I worked for a well known by-the-case wine merchant. At the time, they sold Perrier Jouet in a range of sizes from quarter bottles up to Salmanazar. These larger formats were displayed in their open wooden cases underneath the shelves that held the spirits and smaller formats. Whilst stocking up the shelves, I managed to drop a quarter bottle of PJ which landed directly on the side of the salmanazar beneath.

The quarter bottle bounced and was fine. The salmanazar wasn’t. In slow motion, a massive crack formed all the way down the length of it, and the case and soon the floor filled with 9 litres of very foamy champagne. I seem to recall we grabbed as many jugs as we had and managed to salvage a few glasses after passing them through a coffee filter first…

In the late sixties I used make a strong brown ale which was meant be similar to a Newkie Brown. One summer evening I was sitting with my mother having just begun our supper.

We were only a new potato into our food when there was a loud explosion from the kitchen. When I opened the kitchen door there was s strong smell of yeast and a hole in polystyrene ceiling .

Being a pub owners son I knew I had a fermentation problem and I still had 11 two pint bottles to get to a safe place. I quickly summoned my next door neighbour and we got the bottles about 15 yards down the 30 yard garden.

I didn’t want the bottles to explode on the grass…Eric ,my neighbour quickly used his 20 years in the Army to suggest the solution.

There was a 7ft high brick wall dividing our garden from Ashton Park. About 6 ft from the wall there was a raised bed four feet high which stretched the whole width of the garden except for an access gap at one end.

“What we will do sully is have a bit a grenade practice” and he proceeded to show me the answer to our problem. He grabbed one bottle and hurled it over the raised bed so that it landed either
against the brick wall or on the flagged path.

The noise was terrific, so much so that after three Newkie grenades, the village bobby appeared at the house end of garden and said words to the effect " Thank f—, I thought the IRA were launching an attack…he even threw one bottle for us.

I stopped attempting to make beer but I’ve got to admit I found the explosions quite exciting.