From Montirius in the Rhône valley to Sylvain Pataille in Burgundy, I don’t know much about moon cycles, but these wines taste better than most. 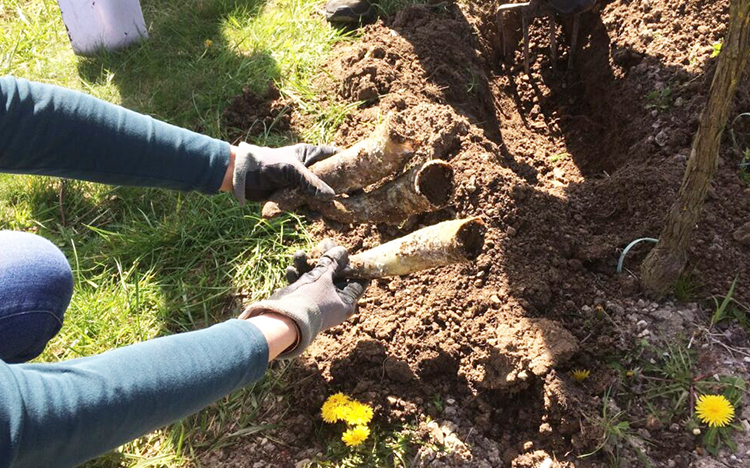 Biodynamics is an ecological, holistic and ethical approach to farming, and is increasingly used in the world of wine production.

Anyone saving those extra-special bottles for Christmas and the New Year might want to consult a new biodynamic tasting calendar – and hold off on the corkscrew.

It not only applies to growing but also tasting.

There’s even an app for when to taste.

Has anyone tried this ? 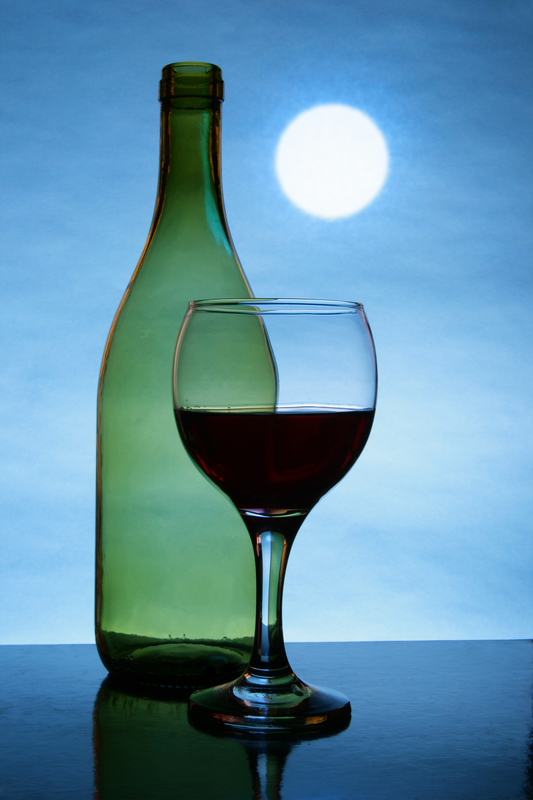 I’m afraid I’m a bit of a sceptic and hold to the view that there is a significant amount of superstition buried in biodynamics along with a lot of good sense. And that the extra care being taken over the whole growing and vinification processes that will generally go along with the practice will inevitably produce good quality wines.

I agree burying cow horns is real hocus pocus, but the original science of measuring the diameter of the buds on plants by rudolf Steiner who found the pattern is quite interesting. They were opening and closing periodically depending on the the position of the moon and corresponding zodiac.

If you want an “ecological, holistic and ethical approach” (to quote the article) there is organic farming. And then there is low-intervention winemaking - “natural” winemaking if you like. There is at least a sensible discussion to be had about those

Everything in addition brought to the table by BD is superstition. Believe in it if you want. It is relatively harmless in itself, but I do worry about that anti-scientific sort of logic.

I have visited several biodynamic vineyards in the Loire, including Joguet and Filliatreau. I have read their advocacy for Biodynamics on their websites. These families, and others are not hoodwinked by hocus pocus. They have grown vines by different methods for many years and are quite satisfied that the biodynamic principles work and help create a healthier eco system for vine growth. To take another more illustrious example, Domaine Leflaive in burgundy is committed to using biodynamic methods. There are many others. It is not a farming process that can simply be dismissed in a sentence or two when many experienced vinegrowers have adopted the process and find that it creates a healthier environment for vines. It may be that some of the parts of the overall process are not readily explainable but that does not mean they do not work. There are quite a few processes that are complex and not completely understood. So I see no reason to think that the Joguets, Filliatreaus, Leflaives et al don’t know what they are doing and are blindly following some sort of unproven dogma. They embarked on the Biodynamic process for several years before being certified. Their reasons for so doing are clearly set out on their websites.

I do love a unverifiable hypothesis. Applying any sort of logic seems to me to negate in particular the possibility of any impact from the preparations aspects (such as the cow horns and valerian etc). But given all the other stuff that goes with those it is impossible to unravel what does and doesn’t have a real effect. However it really is a matter of personal choice as to whether you are a true believer, a partial believer or a non-believer. The fact that growers you admire believe it for me doesn’t really make any difference. I’m sure many people making wine believe in stuff that I’m sure cannot be true.

To save me ranting again! Here’s some of my more toned down previous rants on the subject:

We’ve touched on my feelings on “biodynamics” a lot of times before.

Biodynamics is a heady mix of unacknowledged racism and a dangerous level of psuedoscience. While it’s practitioners do often make high quality wine, this is down to the level of attention paid in the vineyard and winery, rather than the starsigns of the grapes and the day they’re drunk. The only useful bit about the homeopathic cow-horn is a very visceral illustration of how much it’s all a load of bullshit.

Is it unethical of the Wine Society to offer so little organic wine?

I have HUGE problems with Biodynamic wine. As well as Gaia’s issues, which are all entirely valid, it’s woo. It is the wine world’s homeopathy and astrology, quite literally.

What it does do is force the wine maker to take a lot more care when growing the grapes and then having done that you’re also more likely to take care in the winery. This extra care obviously leads to better wine, but because of the dogma it’s clearly the biodynamic preparations (watering the vines) that make the wine better. Arguments could also be made that the extra minerals in compost you’re changing the terroir (and are watering and fertilising vines a lot more than AOC rules often allow and being precious about it).

I do worry about that anti-scientific sort of logic.

The Saurel (of Montirius) family arrived at Biodynamic viticulture through becoming Antivaxxers (rather than the other way round), but it is very much a gateway drug to that sort of thinking.

original science of measuring the diameter of the buds on plants

Do you have a link to this? I know that by the time he was building curricula for his schools Steiner was very anti-numbers and -measurements so I’d always assumed he was always anti-measuring stuff.

I don’t dismiss it lightly - I respectfully think I know quite a bit about the subject, and if you want more than a couple of sentences, take a look at my blog

(It might be best to start with the post at the bottom of that page, to get them in chronological order.)

Biodynamics is a heady mix of unacknowledged racism

I agree wholeheartedly with all the rest of your post, but how did you reach this conclusion?

I am aware Steiner had some unsavoury views on race (as did many others of his time), but did they really permeate into BD?

I’ll accept I was being slightly antagonistic with that statement.

I don’t actually believe that the people who are practicing now generally share these beliefs. I do however think that they should be more widely acknowledged and people should be very careful in the way they praise Steiner and his philosophies (e.g. Christine Saurel of Montirius, who I’ve heard describing him as a great and brilliant man with great and brilliant ideas - I believe I’d only just been to that tasting when I originally made those comments).

Isn’t it also true that much of the detail of viticultural BD has very little to do with Steiner but was established by Maria Thun based on his fairly sketchy outline?

Yes, it is true. Steiner was detailed in some of his theory, but light on more practical aspects.

I’ll accept I was being slightly antagonistic with that statement.

You were in serious danger of falling foul of Godwin’s Law there, but just about avoided disaster

A few years ago I was in a Migros garden centre in Switzerland and I picked up an A4 calendar showing the biodynamic value or not of each day for horticulture and gardening. I was very impressed to see a mainstream supermarket chain helping those who are interested in giving it a go.

When it comes to wine, I have no understanding of the finer principles of biodynamism, I just enjoy the wines believing that those involved in their production took more care and gave more attention than they may otherwise have done. 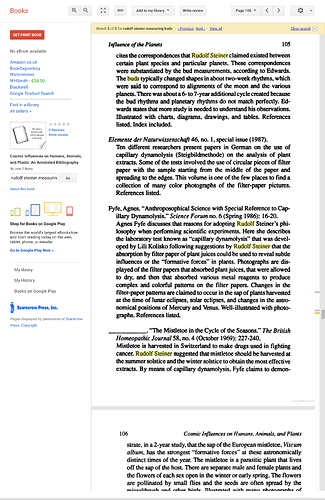 The Vortex of Life: Nature's Patterns in Space and Time by Lawrence Edwards, Floris Books, pp 352, £19.95 This book has nothing to do with Christopher Hodder-Williams's classic The Egg-Shaped Thing, although there is a certain resemblance between the... 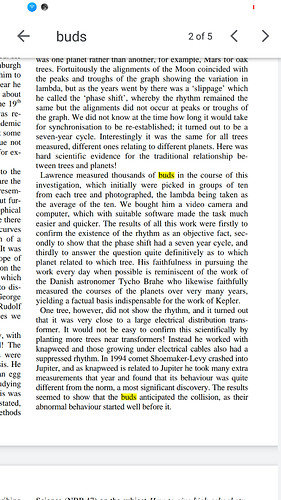 I remain skeptical given where some of these were published and the rather large caveats (e.g. one didn’t so we’re going to say it was another force that stopped the effect) and the “it fits except when it doesn’t” nature of bits of it.

‘an artificial electric field could act as a screen which isolates the plants from their
cosmic connections’.

There’s probably some really interesting science going on there.

The expression “correlation does not imply causation” springs to my mind.