Will be 33c on Friday, says the forecast - turning all that lovely wine you can’t quite fit into the wine fridge to heat damaged plonk, reducing Champagne to sour lemonade, and making your 2017 Rhones taste like that dusty bottle of Rasteau from 1994 that looked so good and tasted so bad.

Are you mulling the options:

Have fun! Tell yourselves that anything under 22c - no, 28c - makes no difference. Here’s to grumpiness inbound!

Just a shout out from the miserable NW - we haven’t been enjoying lovely weather up here. Today it is cold, rainy and grey. We have had rain virtually every day for the last month and sometimes it has felt like March/April. Probably the worst July in living memory.

We listen to LBC and Talkradio and if I didn’t look out my window would be forgiven for thinking we were in the Med! We’re not all as blest as the S.E. you know.

I’m just glad we do not live in mediterranean Europe, where the climate must completely ruin all their wine

The top stuff is in the eurocave, but the lesser bottles in the cupboard under the stairs have rather swelled in number into triple digits (better thermal mass, right???)

Our house gets particularly warm as we are end of terrace with the end facing south.

I am less worried by a day of 33C then sustained temperatures of 28+ over 10 days or so, as it takes the cupboard and indeed bottles a while to warm up. In all honesty I haven’t suffered a protruding or depressed cork or an evolved seeming wine from the under-stairs cupboard, but it is all generally drank within 2 years of being in there.

The missing part from above is the grumpiness the angst causes when another member of the household wants to use the oven, open the cupboard under the stairs, or indeed have something which isn’t refilled 2 litre bottles of water in the freezer…

My Edwardian terraced house in Bristol has a great spot under the stairs which rarely gets too warm. Bristol itself tends to avoid the sticky heat that you can get in the south east most of the time in the summer and most of the snow lands on the surrounding hilly bits rather than here.

I was just last week looking at a second hand walk in wine fridge that I could assemble in the garage (1.8 x 1.8 x 2.1 m). Capacity would be huge and cut storage bills right down but measurements suggested it would be too tight a squeeze to get it assembled.

Perhaps we wine geeks simply have to ‘purchase’ our heatwaves from the weather gods.

“32 degrees? Certainly! That’ll be two bottles of old claret please. Oh, and that Volnay over there.”

Going to a wine forum, where Fred from Fareham will say he’s glad he’s got a cellar beneath his house

Upside: In Sweden, and yep I have a cellar under the house. Basement is dug out from solid granite and there’s a room at the back that never gets above 15C which is full of wine.

Downside: It’s the middle of the summer and it is barely 15C outside! 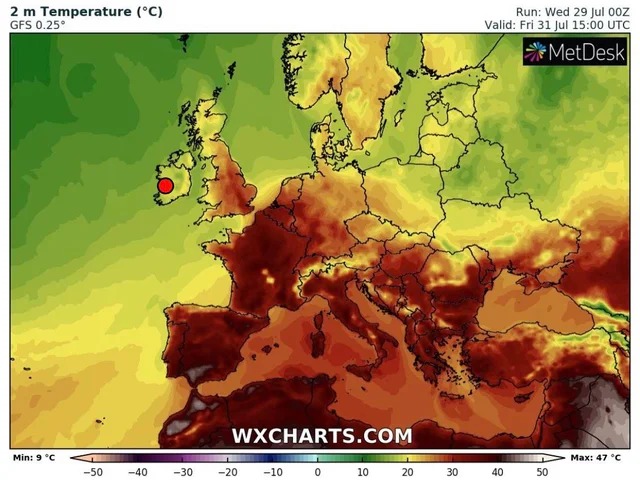 Hot all over. Feeing very smug that between my new (2nd hand) Eurocave, increased lockdown guzzling and my wife’s 40th celebrations, everything will be snuggled up safely in temperature-controlled conditions.

Except for the bottle of school raffle winner mulled wine, which the others refuse to share with. Tbh, a bit more mulling before next year’s school raffle probably wouldn’t hurt.

Except for the bottle of school raffle winner mulled wine, which the others refuse to share with.

You can always re-donate it. If it’s like our school raffles/tombolas, there’s a good chance it’s already been ‘won’ several times

Ah, just got it. Sorry, bit slow this morning!

Will be 33c on Friday, says the forecast

Apart from a ready rack in my kitchen all my wine is in the cooler parts of the house, parts that don’t get the afternoon sun.

I have no worries, bring it on! This summer has been too cold so far.

As much as I adore my wines, and spend far too much time stroking them and pandering to their every need, I am going to embrace this mini heatwave (or is it ‘second wave’? or just a ‘spike’? I’m so confused at the moment), and jump in the river for a swim. They can handle a day of English ‘heat’, methinks

Up here we’ve only had a handful of days above 20 so far this year and spent most of the time struggling to reach and pass 15. Tomorrow’s forecast heatwave is only scheduled to reach the heady heights of 24 here, so no huge risk to the health of those wines not privileged to be living in the cabinet!

Almost time of the season to take off the Yeti gaiters, Mike!

Almost but I bet I could still find some snow patches in the Cairngorm!

Did I one year read that the Lochain glacier was no more? Sad if so…

No, just move to Scotland, forget about all these difficult decisions.

Having said that, Friday is supposed to be a nice day here - we call it summer. Max 25c though, and by Saturday back to 18 again.

Did I one year read that the Lochain glacier was no more? Sad if so…

If you mean the patch on Braeriach it melted in 2017 I think, but survived last year. There is still a lot in the north east facing gullies of Aonach Mor this year. That’s a pretty big area and this photo was taken yesterday I think. 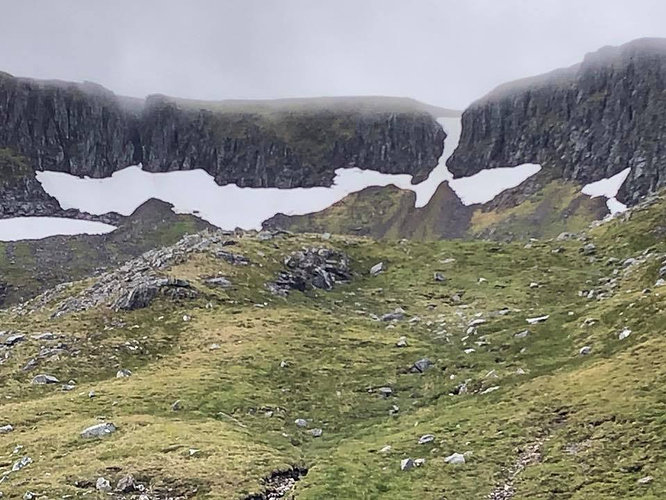 The so called Coire an Lochain glacier that was claimed to exist about 400 years ago has pretty much been dismissed as bad research. Certainly the snow on the great slab in Coire an Lochain as gone every summer that I know of (it usually slides off in one big avalanche each year rather than melting per se). It’s thought that if there was still a mini glacier around 400 years ago it would have been in Garbh Coire on Braeriach as @MarkC suggests. There is a patch of snow remains there some years and melts others.

That’s pretty impressive this year @MarkC, I was up there about this time last year (maybe a couple of weeks later) and there was only a very small patch left; maybe 20-30m across. Mind you I’m not too surprised with this summer’s(???) temperatures.