Four I’ve had wines from - Alvarinho, Vermentino, Marselan and Assyrtiko but one of them I’ve never even heard of:-

It’s a black grape, a French cross of Cabernet Sauvignon and Tannat, said to be similar in taste to Cabernet Franc but a little sweeter.

Anyone come across it?

Ksara’s top wine Le Souverain is (or was? if the blend has changed) a blend of cabernet sauvignon and arinarnoa.

It’s the only mention I’ve ever seen of it but I’m afraid I’ve never tried it. Some notes on Cellartracker though.

i had a look around for it in Euzkadi, given the grape’s obvious linguistic origins. Deafening silence… but then a Cabernet-Tannat crossing would be unlikely to thrive in the land of txakoli! i Imagine there’s a bit knocking about in Irouleguy and Madiran, but presumably not allowed in appellation wines so not much motivation to grow it?

If I may, I think the logic is flawed here. Madiran and Irouleguy have no real need for a cross between 2 grape varieties that are both permitted within their appellation laws (and in high amounts). Moreover, at the time of the creation of this variety, they were poor backwaters where vines were being grubbed up. Its unlikely there was any investment in them.

Indeed, Bordeaux has a history of adulterating its wines with the more ‘robust’, and more regularly ripe ones from upstream- particularly Madiran, Cahors and Gaillac.

I found it quite funny that when the newly permitted grape varieties were announced for Bordeaux last year, amongst a host of workaday varieties Petit Manseng was inserted. A variety that has made some of Frances great sweet wines for centuries. It was a bit like the local car dealer casually mentioning he was selling a Ferrari amongst his usual Peugeots and Volkswagens.

I suspect that Bordeaux is more likely where Arinarnoa is hiding in plain sight - though now handily has no need to hide anymore.

don’t forget, sometimes in the vineyard there are vines that “aren’t what they say they are” and they do get included in the blends.

It appears to be a cross that originated in Bordeaux in the 50’s though, not a ‘happy accident’.

The co-operative in St Mont (about 3 minutes drive from most of the big hitters in Madiran - theres a lot of cross-over) does a great deal of research on ancient varieties hanging around in long-forgotten corners of their vineyards. They are really quite open about it.

As I say, looking at motivations, and if I were a betting man, the announcement last year that Bordeaux could include Arinarnoa in its blend probably came as a weight off the shoulders of quite a few growers around there.

I have a 2012 Le Souverain and TWS certainly sold it as a cab s arinarnoa blend but you made me curious and I took a look at the rear label: 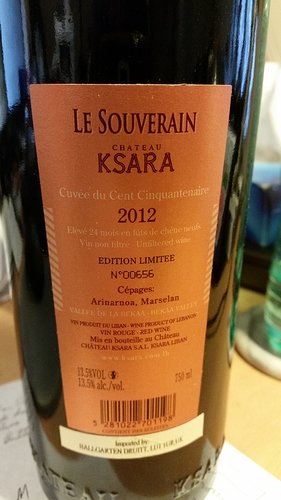 Bordeaux could include Arinarnoa in its blend

Gosh, thanks for that.

I read that announcement at the time, so I had heard or Arinarnoa and forgotten it

I wondered if it had changed!

Here’s an older description, source at the bottom of the page: 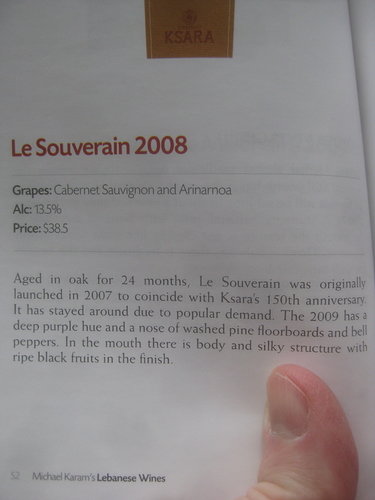 I wondered if it had changed!

Yep, I’m sure you’re quite right!

Funnily enough, I love peppers… just not in wine…

Funnily enough, I love peppers… just not in wine…

yes… me the same