Anyone written a novel?

Just wondering if anyone here had written a novel, I know that there is the NaNoWriMo organisation that encourages people to write with daily targets to be able to write a novel in only 30 days etc:

Anyone done something like that before - might be an interesting challenge in these stay at home days.

If you like fantasy… try this! The first in a trilogy written by my brother!

https://www.amazon.co.uk/Shadowblade-Book-Beginning-Conor-Newman/dp/1718036116/ref=sr_1_1?crid=1XNOA6X9RS76F&keywords=shadowblade+conor+newman&qid=1585750477&sprefix=conor+newman%2Caps%2C140&sr=8-1
A cynical and sometimes abrupt seventeen year old, Ysabell is bored of her life in the small farming community where she works as a barmaid. She dreams of a life of adventure. A strange elven trader, staying in the village tavern on his way to the city, becomes the catalyst for change in her life. She sets out on a journey that teaches her of loss, true sacrifice, heroism, bravery and why we should be careful what we wish for. Ysabell earns a reputation for determination against the odds. She leads her small group of companions, each with their own unique quirks and troubles, through battles, ambushes, and the depths of the abyss. The stakes couldn’t be higher, legions of demons and hordes of goblins descend upon Carraigbán City. She must overcome her own insecurities, redefine her views on right and wrong. She must learn to control her anger and come to terms with her loss if she is to have any chance of surviving… if she is to have any chance of preventing an apocalypse that seeks to destroy far more than just one city.

I haven’t written a novel - but written lots of poetry. Nearly got published in Israel in my late teens, but lacked the funds to supplement the initial ‘investment’. Which I guess is a non-anecdote really!

My other half, on the other hand, had written a novel - 90,000 words, whilst he was travelling in South America in the late 90’s. He used to have a serious objection to all things Artificial Intelligence, and this was planned as his meticulous argument against AI, in the form of a novel. He was young(ish) and rather pompous in his ambitious, but no one would publish him. He never allowed me to see it, let alone read it - he now feels deeply embarrassed about the whole thing… so another non-anecdote really.

Strangely enough, my ex-husband did his MSc on Artificial Intelligence, so I had a husband for each opinion!

My books have all been non-fiction but my cleverer half has written a trilogy set in Britain after the Romans withdrew - Roman Sunset, Roman Twilight and Advent of the Angles

We had an enjoyable time travelling to research those books.

Then there’s the two novels about the unbelievable but true life of Galla Placidia:
Princess Placida and Empress Placidia

Hi Leah, are you fairly certain that the rest of the trilogy will get written? I hate it when series don’t get finished (GoT, Kingkiller Chronicles, Sword of Shadows) so now I try not to start unless it’s already finished, or I’m confident it will be. Thanks, A.

time travelling to research those books.

We had an enjoyable time travelling to research those books.

Ach, I misread the sentence…!

I am delighted to plug my wife Emma Carroll, writing for the 9-12 age group (middle grade) Available from all good bookeries.

Heres one she made earlier; 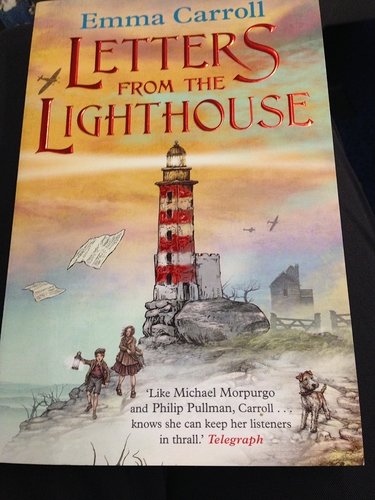 Other titles are available. All proceeds to the charitable foundation for the increase in consumption of fine old wine in my house.

Hi Leah, are you fairly certain that the rest of the trilogy will get written?

He has already written book two and is on the third now, book two needs to be edited , I’ll ask him when that’s likely to happen and get back to you .

No rush, just good to know they are coming.

not so much a novel but…published works include

I dont get much in royalties

edit…just spoken to my mother and she reminded me I got a £5 book voucher as part of my prize!!

No rush, just good to know they are coming.