Anybody using a wine cabinet?

I have a small Eurocave, Revelation series. I treated myself to this for my birthday, last year. Looks great in the dining room and very user-friendly. However, now wishing I’d got the larger model. Sometimes, I run out of space, especially when the EP orders are ready!

But, I’ll need to save up a lot before I can afford another.

I certainly recommend Eurocave for something that looks good in the house, but an expensive option if just for the garage. 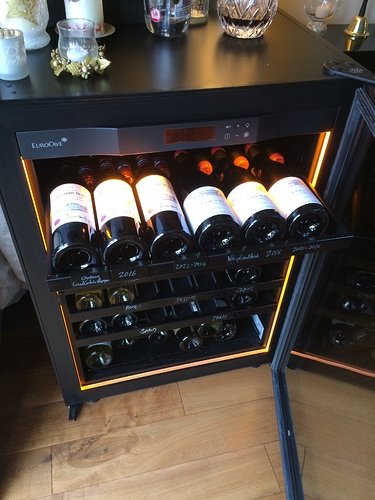 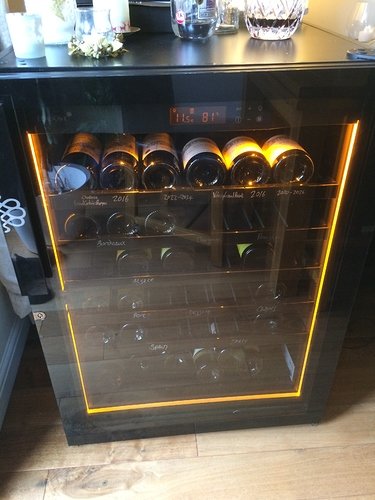 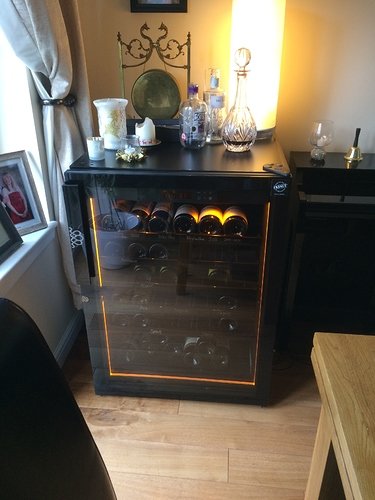 Love the lighting around the door.

There is something pleasing about seeing everyone’s wine collections! I have a friend who follows an instagram account which posts pictures of the inside of people’s full fridges. That I don’t get - this I do!

Have a Liebherr which I’ve had over 15 years. Never had to do anything to it.

Quite honestly, though, I have tons of wine stored at room temperature (in S England) for just as long, and have never noticed any difference between the same wine stored in the Liebherr and at room temperature (with the proviso, of course, that two bottles stored identically never taste the same anyway!) Unless you live in a flat in London I wouldn’t bother to buy a wine cabinet again - we live in a chilly country!

Any idea what the account is called? Asking for a friend. Obvs.

What nobody is saying is that wine fridges or storage cabinets or whatever you call them are awful. I have a Liebherr.
Whatever size you get won’t be enough.
Unless you get a very expensive one with sliding drawers (which will hold less or need to be bigger), you’ll struggle to get what’s at the back.
You’ll perhaps like me forget what’s at the back or resent updating a list.
You’ll at times hate winemakers you’d otherwise love for putting wines in different sized and shaped bottles and start wishing they all used Bordeaux shape (even though you prefer the look of Burgundy shape).
There will be an accident (in my case one in about 10 years where a half flew from a shelf and through a bottle lying on the floor as I carefully restacked.
A 12 bottle case or two will destroy your capacity.
You will fall for the mistake of using it to store wines that need 10 years (knowing that if you do the maths on consumption over time it makes no sense, no fridge would be big enough).
They use electricity and are bad for the environment.
You’ll resent all the people across the country who have cellars and have them half empty even more than you are jealous of your mates with cellars or spirals.
You’ll still end up with decent enough bottles outside the fridge that in summer you pad around grumpily wondering where the coldest parts of the house are (you have a non-ground floor flat? Fuggedaboitit, you’re @ucked).
You can’t in summer leave a selection if bottles upright like in a cellar.
It’s pig ugly unlike my mate’s house in the country with a big cellar, or another mate’s bling bling glass topped spiral.
In other words, compared with a cellar, a wine fridge is rubbish. Buy one if like me you need one, but trust me: this is a purchase that will never make you happy!
I can’t afford a house in London with a cellar where I live.
So I can say my Liebherr is very reliable, and the only option.
But most of all I thank TWS for storing mixed cases and partial case withdrawal. Having some halves stored to make 12 bottle mixed case withdrawals is a good one, too.
Rant over!

That made me laugh - it’s so true. Proper FirstWorldProblems

Not at all! - my Baumatic made me very happy (sad, I know). Still does! Shelves, not too expensive to run (or buy), yes I’d like another one, but space…
(http://www.baumatic.co.uk/BWC1215SS/ )
Though yes, those bottle shapes. Especially Italian producers; love the contents, love handling the oversize, heavy bottles, but they are a total PITA to store in this environment. Brings a “94” bottle count right down.

I don’t have a problem with Bordeaux shaped bottles, like Kanonkop. I’ve just measure one against an inexpensive TWS claret and the Kanonkop neck is half a centimetre longer.

What is a darn nuisance is Burgundy shaped bottles. Alsatian and German flutes don’t affect me because I don’t buy them

Just in ordinary fridges the Alsace bottle is a problem. Won’t stand in the door and can’t shut if laid down.
Plus and most importantly Deb complains about those German Rieslings even before I’ve poured her Pinot Gris.

If you think flutes are difficult, try stacking these babies in your Liebherr - and good luck with your fancy Eurocave drawers too. Not only wonky shape, but oval cross-section. Nice wine though

Or try any of the Brunel de la Gardine family of Rhone wines bottles.

That is another weird one!. But when I think of it, there are a several more normal problematic bottle shape. e.g. the Bocksbeutel from Franconia (AKA Mateus Rosé bottle), Vin Jaune bottles, various Champagnes.

And in fairness the Gardine bottles stack together very well!

Which have just done a wine fridge review and interestingly the Liebherrs didn’t do so well but CDA scored highly. wonder how this chimes with people’s experience.

Doubt we will find many who can directly compare the two.

Can’t see anything from the Which? link unless you subscribe… what exactly caused them to mark the Liebherr cabs down?

I have a WKB4212 and the only thing I would change would be that you can’t get a display shelf for this model. Otherwise, it’s perfect.

The Which survey is largely of small wine cooler cabinets suitable for a small kitchen space. IMO the article is a bit confusing too, as it mentions coolers and fridges interchangeably. It does also mention cabinets, and says that’s what you would need for proper long term storage, but doesn’t actually test any of them, although there a couple of Liebherr ones in it, which are more like cabinets in my book, and which don’t score particularly well, but there are quite a few positive reports on here.

Main reason they don’t score well appears to be the time it takes to cool wine - well, funnily enough a 200 bottle cabinet will take a bit longer than an 8 bottle fridge, who’d have thunk it? They also mention low humidity, but I’m not sure how critical that actually is for bottles stored horizontally.

The reviews also seem to place too much emphasis on exact temperature control, criticising a 3c variation for example, which is hardly the end of the world.

Most of those surveyed are 30 bottles or less (some only 6-8) and really designed for chilling white wines I think. The fact that it’s categorised under kitchen appliances probably tells you what you need to know.

Overall, it’s not a very good review in my view, as like their wine and food reviews it’s pitched at the mass market/supermarket product end of the scale. The likes of Eurocave, Climadiff, Transtherm etc aren’t even mentioned. It remarks on the cost of the Liebherr, though the cost per bottle stored is actually a lot cheaper than the smaller ones.

Lots of great experience, tips and advice on this and other threads here. All contributing to my decision on a Liebherr when finally able to make the purchase I’ve been looking forward to for quite some time. 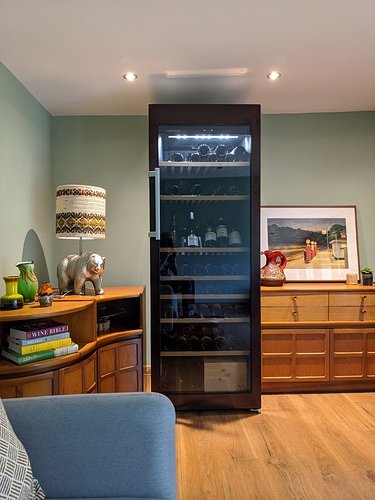