Going off piste a little here but bear with me…
The majority of the population just love the traditional big Christmas dinner of Turkey/Goose/beef/ham/lamb with all the trimmings of roast potatoes, veggies done a million ways and the joy of pouring the gravy over the whole lot before digging in.
People look forward to this the whole year round and to most it is their best dinner of the year with no expense spared.
Whilst I do enjoy a Traditional Christmas dinner , once a year is probably enough for that type of big “feed”. So , if I was asked, what would be my favourite all guns blazing food to have INSTEAD of a traditional Christmas dinner, I would have to say Sashimi, with Thai salads and a huge platter of fresh bbq’d fish , even some steamed gyoza with fresh red chilli and dipping sauces, mangoes, papaya and something wonderfully fresh to go along with it to drink. A Muscadet, Chablis even but most likely an Albarinho

!
What would your “Alternative” Christmas fare be and why ??

Sounds great @Leah… but geography is my stumbling block.
If the sand was between my toes, the sun was high in the sky, that would be a perfect lunch on Christmas Day 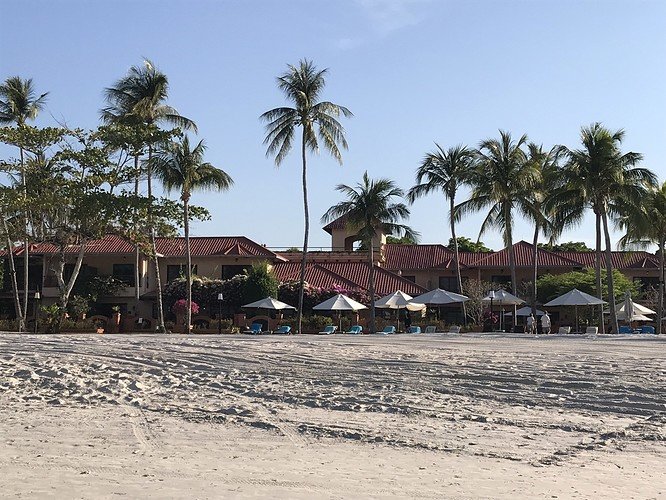 We’ve taken to trying to alternate Christmas by being home or away. This year is a “home” year, but last year was spent in Costa Rica. Main meal on CD was actually in an Italian restaurant of all things but the best meal was the local breakfast of Gallo Pinto…

This year the usual roast will feature but the meal I’m looking forward to most is the Swedish Julbord on Christmas Eve - lots of seafood and winter comforts.

Edit: a Zarate Albariño will likely feature with the seafood

Probably an enormous plateau de fruit de mer, followed by lots of delicious cheese. A bottle of champagne or similar to start and whatever I fancied at the time with the cheese

Julbord on Christmas Eve - lots of seafood and winter comforts

This will be my number one alternative! Basically, anything to do with fish or seafood.

A few years ago we spent Christmas in Berlin. On Christmas day we went for a meal out in Prenzlauer Berg, where we were staying, and I had the most delicious lunch of soused Matjas (aka herring), with fantastic accompaniments and freshly baked sour dough. All washed down with a bottle of trocken Riesling… It was perfect

The only Christmas I’ve ever spent away from my family was in Lebanon, when it just wasn’t practical to get back to the UK in time, so I spent Christmas with the huge extended family of a work colleague, in their home up in the mountains.

It was rubbish being away from my family, but for a couple of days I was made to feel part of another family, and the food they laid on was phenomenal, like the entire contents of a Lebanese cookbook, washed down with some bizarre homemade wine which resembled Port and which very much helped bring on the dabke later.

So food-wise, I’ll have another one of those, please, but this time with my family.

and the food they laid on was phenomenal, like the entire contents of a Lebanese cookbook

I can so imagine that!

The hospitality and generosity in this part of the world is legendary.

Interesting question. Pending the outcome of “Boris doing the right thing” (Ha!) and/or the level of emotional blackmail from various family members, we might actually get to stay at home and have a Christmas dinner of choice, and need to work out what.

Wine? A bottle or two of Listan Blanco, something Galician or white rioja, because me.

How are you with an oyster knife?

About as good as Scrappy, or is that Scooby? Either way… TERRIBLE

Is that the Rendezvous in St L? If so, we loved it.

Difficult decision and good question Leah! I think something that looks celebratory is in order, and that contains my favourite meat (chicken) and favourite seafood (prawns). I am going with a huge pan of paella with an Albariño and as good a vinho verde as I can lay my hands on. Two bottles, but it is Christmas

St Lucia is a good shout as an answer to this question.

We obviously never celebrated it in Israel where I grew up.

I say ‘obviously’ - but it perhaps isn’t so obvious. When I first visited Germany in 1996, my friend’s father - a fantastically named Erich Knoblauch (he was also a fantastic person all round) - asked me what do I usually do for Christmas, and I said “well, we don’t celebrate Christmas”. He was gobsmacked, baffled and confused and thought that maybe something was lost in translation. In fact, I think he genuinely felt sorry for me. It might explain the jars of gorgeous food him and his wife used to send me away with on every visit… Happy memories!

Unlike our poor friends and relatives in London, our travel restrictions have been lifted and we’re off walking in Brittany from Wednesday. Not eating meat effectively rules out the 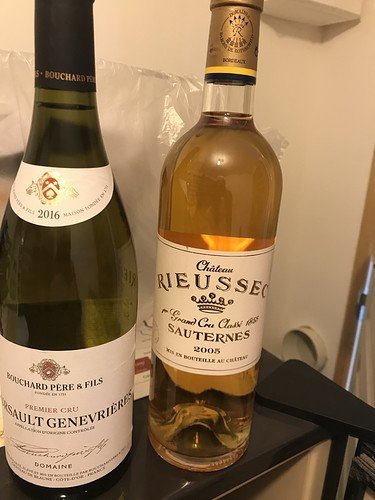 image3024×4032 1.99 MB
norm so we are planning braised Turbot with slivers of white fleshed sweet potato, mushrooms and truffle oil as the main with a seafood starter of Langoustines.
Drinks wise it’s Pol Roger 2012 to kick off followed by a Bouchard 2016, Meursault Genevrieres and the cheese course along side the Rieussec Sauternes from 2005. This is an alternative to the UK but , pretty standard for France where we live. The dessert we leave to nibbles in the evening with Chocolate and Cherry Panettone and home made mince pies. Might manage a glass of port at some point or a glass of Delamain Cognac, now that really is a holiday treat( which I have been told ‘is to last the holiday’!). Oh well , I will try .should say , we will very be isolated too.
11 Likes
Sally December 20, 2020, 10:27am #18

Work and travel restrictions (along with not one but two broken landrovers) mean that I’ll be spending Christmas Day by myself, six rough and muddy miles from my nearest neighbours with just a fully-stocked cellar for company. Left to my own devices I’m looking forward to a chorizo & pea risotto (because I enjoy the making of it as well as the eating) with CVNE’s Monopole Classico Blanco https://www.thewinesociety.com/shop/ProductDetail.aspx?pd=SP16011

Like last year, our Xmas dinner will be temaki sushi.
We ordered the fish from a nearby fishmonger (where a Japanese lady is in charge of sashimi slicing). Grilled seaweed (nori) for hand rolling, white rice , and some cucumbers/shiso leaves/myouga from the local Japanese store.

With that, it’ll be champagne (brut NV) as the OH prefers - although I’d be keen on some Chablis or some Clos de Mosny sec from J. Blot

I don’t think I’ve ever NOT had turkey on CD!

We used to have barbecued Chinese style prawns for entrée followed by a turkey done on the Weber.
Now it is the standard roast turkey as described by @Leah above.

I suggested to my FIL we go for goose one year as an alternative (there is usually only 5 adults so thought quantity wise it would work)
He told me as he was paying it would be turkey… Can’t argue with that!

We had goose for NYE instead.

As an alternative I would go for posh Chinese with my whole family (UK & Aus would be nice!)
My family in Aus is hugely influenced by Asian cuisine (which is probably common for most of Aus now?)
So for me, it would be something like Peking duck, salt and pepper soft shell crab, sweet and spicy crispy beef, Szechuan chicken, some prawns, Morton bay bugs, scallops etc of some description along with plenty of delicious sides.
Wine, probably a rich PG from Alsace/Alto Adige then reds for afters.