I have been trying some rhones recently in the lead up to “the order”.

I think when it gets this high, it very rarely adds to the wine and in both these cases I felt dominated especially on the first night of opening.

The median Gigondas is 15%. I see wines like Châteauneuf-du-Pape Mourre des Perdrix, Domaine de la Charbonnière 2020 on the EP list at 16%. I’m pretty sure I’ve had weaker whiskies…

From the talk of it, this is trending upwards. Does it put any people off? I think my cap is 14.5%

I also find that I really feel the difference between 13 and 15 even when just having a couple of glasses, it is not so much the taste but the “oh I have been drinking” feeling.

It puts me off. However I opened a bottle of white last night, before noticing (on the label rather than the palate) it’s 15%. It actually wore it very well, didn’t really notice, though it’s quite a full-bodied wine.

This is a revelation! More decanting, less alcohol and calories. Decanting makes wine healthier all round!

Interesting!
do you have a link to the article that produced this graph?
curious to see the experimentation protocol, etc… 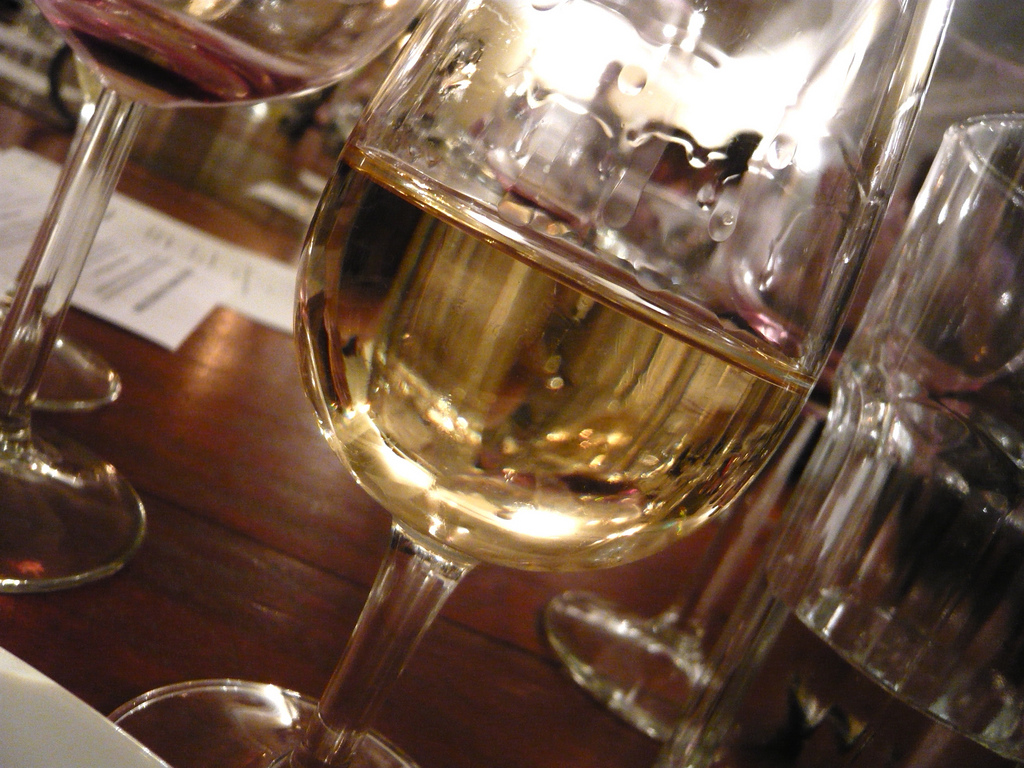 Alcohol Evaporation From a Glass of Wine Over Time: Potential Implications...

It is a simple matter of physics that when you have a liquid exposed to air, there is going to be some evaporation of sorts.  A glass of water will eventually evaporate over a long period of time i…

I haven’t reviewed it thoroughly

It’s what I would expect. Alcohol evaporates much more readily than water.

The taxmans taken all my Rhône

Pure ethanol does but you’re talking here about evaporation from a homogeneous mixture. Rather a different case. I haven’t looked at the source data but the graph looks unreasonably steep in the abv decline.

It would be interesting to hear some more critical appraisal of the study. Looked reasonable at first glance but I was also surprised by that chart

I certainly believe there is a significant alcohol reduction due to air exposure.
My decanter of choice is a glass jug with a wide mouth which lets a lot more air get to the wine than a decanter with a small bottle sized opening. The reason for my choice of vessel is to allow a lot of that alcoholic vapour to blow off. With big reds particularly there is a big difference…A lots less alcohol vapour and a marked improvement on the other nose aspects such as fruit, oak, vanilla, spice etc.
Try it yourselves with a big 15% Gigondas or similar.
I’ve often wondered why most decanters have small openings at the top. I’ve got a few of them but never use them, always preferring to use my jug.

How much is that perception rather than actual reduction though.

A lot of our perception of alcohol comes from volatile alcohols (VA) which aren’t ethanol (what we mean when we say alcohol in a drinking case), these by their very nature evaporate very quickly leaving a perception of lower alcohol, without any decrease in ethanol. When combined with other effects of decanting (opening up tannins and breaking open the rings in some aromatic hydrocarbons), which add to smoothness and roundness of a wine, balancing it out it can definitely lead to a perception of the wine being less “hot” without any meaningful decrease is ABV.

I’ve now read the abstract to the actual peer-reviewed article (I’m not willing to pay for it and no longer have journal access). These losses can be as extreme as described if the wine is left with a very large surface areas to volume ratio and left in next to an air conditioner to keep circulating the air. This also removes most of the volatile flavour and aroma compounds. Leaving wine in a glass for six hours on its own will lose far less (circa 1% maximum). Extrapolating (it’s what I do for a living), the increased volume and increased enclosure of most decanters probably reduces the effect (possibly balanced slightly by the large surface area from ship type decanters).

From a practical point of view. Regardless of how much the %ABV drops, we’re decanting lower ABV wines too, which will have the same effect (well, similar, lower the abv does lead to abv decreasing quicker due to relative rates of water evaporation too) so having a cutoff ABV for wines that are to your taste still stands.

Anyone know where I can get a job as an oenologist? I think I’d rather enjoy doing this stuff for a living!

Well that’s not such bad news really since it’s the perception that seems to concern us. We never seem to be too bothered by those wines “that wear their 15% well.” So if the VAs blow off quickly and they’re the ones that make us notice the alcohol then more power to decanting in these warming times!

Thanks very much for the research, I never got on particularly well with chemistry…
However, If using a more open topped decanting vessel (jug) allows the VA to disperse quicker then this can’t be a bad thing.
Not sure about your point concerning ship decanters with the big diameter bottoms but narrow tops. I would guess that the evaporated alcohol from the large surface area would find it difficult to escape the narrow top without considerable airflow across it to drag it out. Therefore surely it would condensate up the sides of the decanter and drop back into the wine.
I’ve played with comparing the same wine after a decant in a ships decanter and my jug. And IMHO the jug wins as a better decanter.
But, there must be a reason why decanters are as they are, and why no one else seems to use a jug???
Maybe with a very long decant of a day or 2 rather than hours, the loss of the volatile flavour and aroma compounds would deaden the flavour and aroma of the wine.

I would imagine the surface area of the liquid-air interface would be more important than the size of the opening, but don’t have much to back that up.

Not sure about your point concerning ship decanters with the big diameter bottoms but narrow tops. I would guess that the evaporated alcohol from the large surface area would find it difficult to escape the narrow top without considerable airflow across it to drag it out.

That’s one of the reasons. The other (related) reason is because it’s so enclosed there’s little to no airflow across the surface of the wine. The airflow across the surface of the wine is important as removing the molecules that have “only just” evaporated, “makes space” for new ones to evaporate and a greater rate than if they were just left to diffuse without air flow.