A special new Whisky is coming

I think that’s been happening gradually for some years now…whisky, wine the lot. I nearly choked when I saw the latest prices for Lamy St Aubin Burgundy. 10-15 years ago that was a really good value white burgundy.

I have been trying a blended malt from that part of the world (Campbeltown), The Gauldrons, by Douglas Laing. It’s not Springbank, but it’s a very pleasant, relatively light whisky which is true to its origins. It’s made from 2 of the 3 Campbeltown malts (not always the same 2), and isn’t age dated. I’m guesstimating it’s 8-10 year old in the main. There are numbered cask runs of it. My local independent stocks it (and a lot of other very interesting whiskies). Sells there for £43 a bottle which is the best price I’ve seen. Waitrose Cellar is £45. The regular version is 46%, and there is a cask strength at 53% at about £60 a bottle.
I’ve enjoyed it.

I agree it’s the way the world is going but, this is a 10 year old whisky we are talking about. 10 YEARS! It should be nowhere near three figures.

Not disputing that for a minute. I do wonder if things will calm down now that free money has gone…most asset prices have fallen, some quite significantly. ‘Alternatives’ tend to lag. Firstly, liquidity dries up then some price discovery starts.
I did find somewhere selling it for under a hundred quid…
Anyway, the Gauldrons at about a third of the price is better value.

Yes for sure, whisky is a luxury product so that’ll be high on the list of fat to trim. I’ll grab a bottle on your recommendation. Have also just had some Cambeltown Loch delivered and I’m enjoying that greatly.

That didn’t take long! I did take a look earlier in the hope of getting one.

I’ve had a couple of bottles of it, from different batches (they’re numbered) and they have been a bit different. The first one was lighter, floral even fruit, and then honeyed notes. The current one is a bit more peated, but nothing like most Islay IMO (despite what one reviewer on Waitrose says - it’s a slightly strange review that one…as is the one from the guy who was expecting a single malt). As I said, it’s not a Springbank but it’s well less than half the price. I would say the first bottle I had probably had a good dollop of Springbank in it, less sure about the second one.
I find it quite an interesting dram.

Cheers. Have enjoyed quite a number of Douglas Laing bottlings over the years, very good showcase for blended whisky.

They are. A shop stocking their whisky is always a good sign.

Used to know a couple of folk from DL back in the day.

When paired with haggis?

As you can guess, I wasn’t tempted! 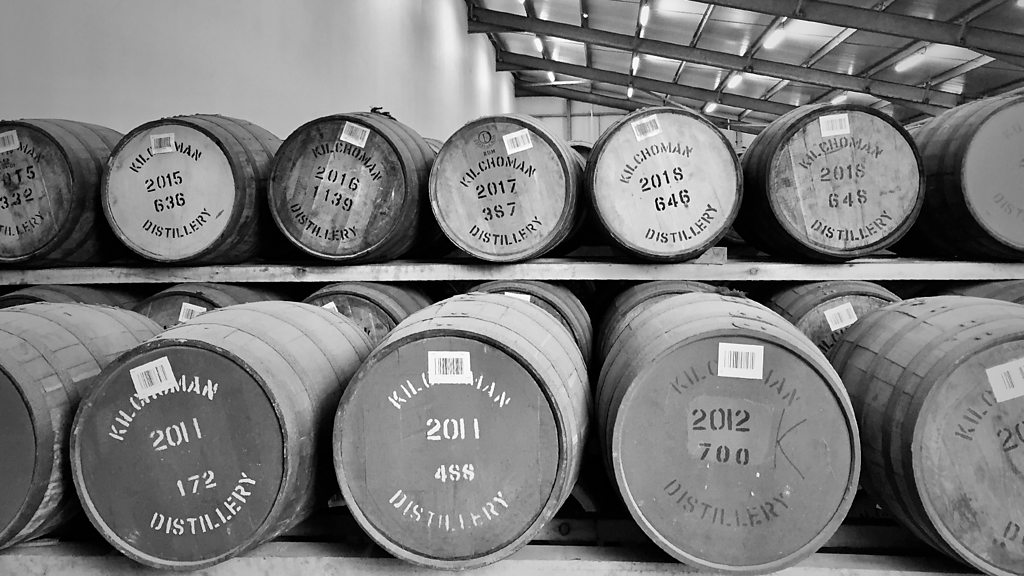 The Food Programme - The Wild West of Whisky: From Cask Investments to Dram...

View our selection of bottles of Scottish whisky from distilleries throughout Scotland.<br />Use our filters to assist in targeting your search.

Some new bottles up on their website… blink and they might be gone. Including a Pomerol matured 9 y/o Benriach, and an Oloroso 9 y/o Ardmore. I have no idea if they are any good…

The Benriach might be worth a punt (60.3 % blimey) because it’s a very good distillate in any way & they have a reputation for producing spirit matured in all manner of casks.

I’ve gone for the Ardmore. Their prices are going up too…

I’ve had my eye on this Glenfarclas 15 for a while, tempted to take a punt given the price. but had been worried it might have been a bit lacklustre, especially compared to the other bottles in my cabinet, and I’d end up using it for cocktails.

I noticed it was £63-75 elsewhere and so I bit the bullet and added a bottle to my last order.

My worries were unfounded, it’s a very enjoyable dram for the price point. Surprisingly robust flavour and good length. It would stand up well to plenty of bottles at double the price. Kicking myself for not ordering it sooner.

I’ve gone for the Ardmore.

Ardmore from WHB can (sometimes) be a bit harsh, but that cask looks like it’s been pretty active so should be great!

I wonder if the Benriach is peated / lightly/ or not?

Getting pedantic: I wonder what an ‘Oloroso Sherry Barrel’ is? 'cos they didnt get many bottles out of it ( 201 ) - and a ‘Barrel’ is typically an American cask, not a Sherry container - WHB are usually fairly specific about cask type.

I picked up one of these before Christmas. Don’t drink a lot of sherried Whisky, but this has a balance of sherry character and wood which really hit the spot. Great stuff and good value.

I had a Bunnahabhain Toiteach A Dha, which for a (what now classes as) cheap(!) single malt, I was surprised by. Moderately smokey (but also a bit sherried), it was clearly a smokey whisky for people who want to like smokey whisky but don’t yet. Nice raisiny note which appealed to the brandy drinker in me too.

That sounds interesting - I’ll look out for a bottle. In theory I’m after something along the lines of Talisker 18 which is no longer affordable for me (it’s actually not that peaty, and has lovely sherry/ brown sugar notes)