A Mention for Mencia

When compiling my last order for Decantalo, and trawling through for wines not readily available here, I realised that when the region of Bierzo came up I have never actually drunk anything from the Mencia grape.
Not like me but despite over the years having delved into almost all the regions countries and grapes available, for some reason this one has passed me by.
So I selected six different ones and not knowing anything about the producers I used the critics scoring as a guide to my choice/or theirs as it was, I don’t normally take any notice of critics reviews apart from a general guide.

But on here we did have a couple of members who were as good as it gets on Spanish wines from all regions but are no longer around, I speak of Ricardo who has a wonderful Spanish based cellar and writes great reviews, and Juan who seemed to know everything about all things Spanish and could be called up at a moments notice for information or opinion without bias, now apart from the Rioja thread which seems to center on Vina Tondonia almost exclusively we don’t get the full spread of opinion on Spanish wines, for such a huge wide ranging producer this is strange.

Anyway four of the six have been consumed in the general interests of all!
They ranged from just over £8 a bottle to just one at near £20 , I was hardly going to push the boat out on an unknown area
The first two were largely disappointing, they smelt and tasted of blackberry and that was it, simple drinkable but not anything to go back for more, the next two were different in a good way, the first was the cheapest. 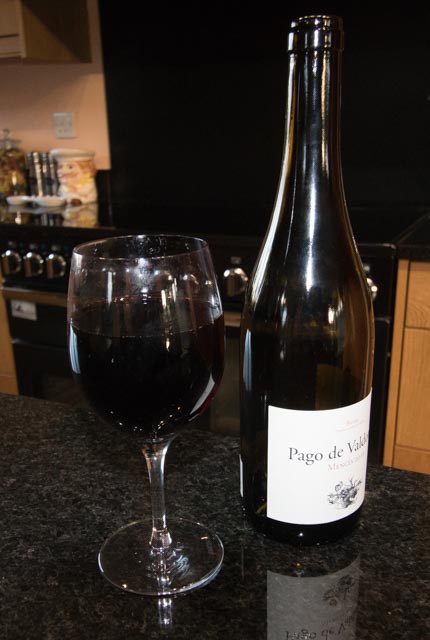 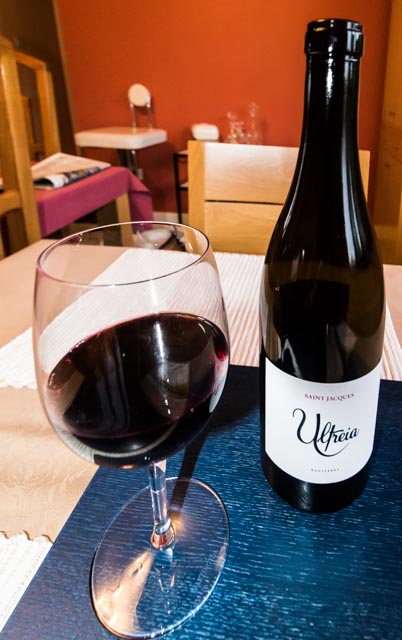 This one was a big step up 2018 Saint Jacques Ultreia, fabulous nose of again blackberry some raspberry and forest floor, in the mouth the same mix but super smooth and terrific fruit and very long, for the price just under £12 I would put this against any Rioja at a similar price and in fact most red wines at that price point.
As with all wine personal taste trumps all, but for me this was a real find, I shall return and delve deeper.
I know the grape has been mentioned on here but it is just another of those regions that are striving for recognition. it gets promoted but you see little result on the shelves.

I love Mencia when its good. Buy very little Spanish wine (bit of sherry) but I do rate decent Mencia.

Just did a search and this one popped up, anyone tried it?:

This classy, perfumed Spanish red from Bierzo in the country's north east and the mencia grape (with a small amount of other native grapes). This is a style that is more refined, lighter in body and more restrained compared to traditional Spanish reds. Think Spain's answer to Burgundy!

Good customer reviews and ratings - of course cheaper with the W/S!

Find your favourite wines amongst more than 16,000 Spanish, French, and Italian wines. Fast Delivery. Now with €10 off your first order!

I love Mencia when its good.

Same here - it’s up there for me with a good Loire Cab Franc. But even the simpler examples I usually find something I like about. I haven’t yet tasted one that was not enjoyable in some way.

@cerberus, if you enjoyed the Raul Perez one, you might want to also try the other star of the region - Alvaro Palacios - and his Pétalos bottling (the 2016 being my favourite so far):

Alvaro Palacios is a dynamic winemaker who put the Priorat region on the wine map. He also makes wine in Rioja, and set up production with his nephew Ricardo in Bierzo. Bierzo is a small region in north west Spain towards the northern border of...

There are plenty more good to excellent ones out there - @Andrew1990 had mentioned his favourite from Veronica Ortega and others on another thread, too. I think there are quite a few members of this community who seem to enjoy this varietal.

Just did a search and this one popped up, anyone tried it?:

Not yet, it’s waiting in the rack.

That Ultreia St Jacques is a stunning wine for the money.

In addition to the producers previously mentioned. Envinate, Silice Viticultores and Dominio do Bibei have impressed here… 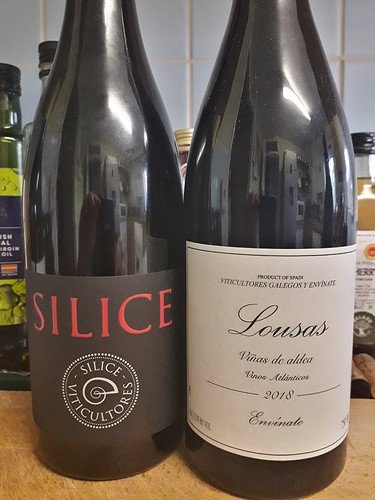 …IIRC all are from Ribeira Sacra but the two in the pic aren’t labelled as such, presumably to avoid any restrictive legislation. Both are blends but with a high percentage of Mencia ( 95% in the Envinate, 80% in the Silice ). Unfortunately all of them are likely to be in the region of £20 to £25.

Not yet but two arrive here on Friday.

Mmm, yes second that recommendation for the Lousas, it’s lovely.

+1 for the Lousas. Current vintage is now north of £25. My dwindling stash of ‘15s were a TWS purchase just over 2 years ago and less than £15 a bottle.

Current vintage is now north of £25. My dwindling stash of ‘15s were a TWS purchase just over 2 years ago and less than £15 a bottle.

I’ve been astonished by their exponential rise in price too. I guess the reviews from influential critics, for wines from the likes of Envinate, are the root cause

That said. when you see pics of the vineyards in which the grapes are grown, where access by boat or helicopter seem to be the best means of access, and the incredibly low yields they provide, at least the growers are finally getting just reward for their efforts.

As for the Lousas 2015 TWS sold for £15, unfortunately the six pack I bought off the back of a single taster bottle is now long gone.

What are the chances @PierreM? Are Envinate wines just in too short supply?

Both of those are regulars for me (and featured in my last big pre-brexit stock up). Both excellent and amazing value for money. I definitely agree with the Saint Jacques Ultreia being a particularly good example!

My usual suggestion for where to go next on Mencia (there’s one from the Ribeira Sacra made by Dirk Niepoort) is now far to expensive for me to be willing to do so. it’s a good wine, but at £45 a bottle now there’s no way I can recommend it.

Instead I am going with

The caring of the vines, wines and the love of the village, Otero, was the most passion from my father, Aníbal. This singular wine selected from the vines with more than 120 years old that our family was able to conserve is the recognition to the...

Which is delicious and really well priced.

Are Envinate wines just in too short supply?

I think so, notoriously difficult to get amd when I buy them I buy from Spain … had this last night in an ACTUAL restaurant !! 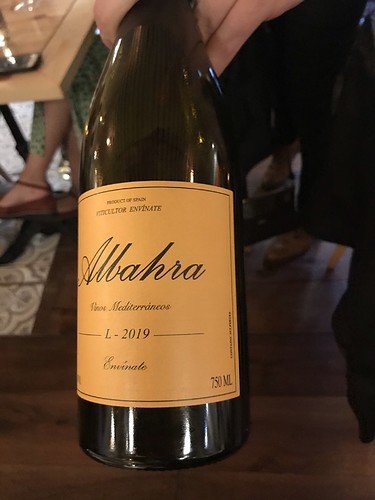 A real restaurant, you say…

Although it isn’t mentioned in the notes, I was pleasantly surprised to find out on delivery today that the Valtuille Mencia, presently listed, is a Raul Perez wine. Hopefully it will be every bit as good as the Ultreia St Jacques. £15 seems like very good value for a wine from such a high regarded producer.

Hoping it will be better than Ultreia St Jacques! Raul Perez is connected with most things in Bierzo

You know a good deal more then I do about wines from this part of the world and your optimism has been duly noted !

My understanding from a local wine merchant is that Mencia is a Spanish “cabernet franc”. I say this as I went into his shop after some CF based wines and he didn’t have any so pointed me towards his selection of Spanish Mencia based Bierzos.

No it is not, but for some time was thought to be until they did a DNA test on it, I believe, someone can correct me, it is similar to a Portuguese variety, though you will have to look it up.

they did a DNA test on it, I believe, someone can correct me, it is similar to a Portuguese variety, though you will have to look it up.

That’s correct. It is the same variety as the Portuguese Jaen. It shares a lot of common traits with Cab Franc, but DNA tests refuted any genetic connection.

inverted commas - I didn’t say it was CF!

Not sure it’s already been mentioned on here, but Lidl are currently doing a very nice Mencia (and Godello, both from Ceo) at about £8 in their Wine Tour seasonal range. Worth a punt for a mid-week bottle.