Thought I’d kick this off seeing as we’ve already started to discuss on other threads.
What are everyone’s predictions?? Who is going to take the trophy home and will any team be in good enough form to win the Grandslam?
I’m a little unsure of how my team will preform (

) given their performance at the world cup but… lets see.
Obviously one of the highlights of the whole 6 nations for me is watching Mr. Leah’s face when he sees his offspring clad in full on shamrock green

Also, bonus points for pictures of your tipple of choice whilst watching the games.

Grand slam decider on Sunday is my non biased prediction. 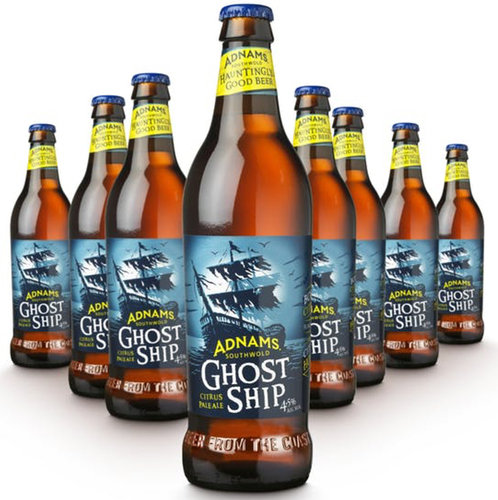 Grand slam decider on Sunday is my non biased prediction.

Busy putting a wheel back on something I think @Leah!

… Chariots can be unstable

Well chapeau to the French. They thoroughly deserved that. I imagine that everyone else will be looking nervously in their direction - Dupont and their defence were outstanding. You can say what you like about England errors, but even when they weren’t making any, they didn’t look like scoring.

apparently the England team were confused by the change of clocks travelling to France and someones settings on their Mac - so they thought the first half was actually just warming up - hence when the came out for the second half, one hour later, they were on form !

I watched France Vs England, after the event, yesterday evening but didn’t know the result. The result was disappointing but the French thoroughly deserved their victory. I chose a neutral wine to watch it with and to pair with a pile of pancakes and crispy duck…

Born out of a difficult, long and cold Kiwi vintage, this fresh and elegant unfiltered pinot noir has aged beautifully thanks to its bright track of acidity, a gift from the vintage. Concentrated, complex and long with delicious savoury mature pinot...

…it was decent enough but wasn’t as complex or as savoury as I hoped. Plenty of sour red fruits, fresh acidity and light grippy tannins though. It was interesting to drink an aged Marlborough Pinot, and others might like it more, but it left me underwhelmed.

A wine match for England’s performance…
Can’t say any of the team performances this weekend were definitive. France had a magnificent first half against a hapless England team who had embarrassment rescued by Jonny May.
Ireland and Scotland too both had haplessness and luck. Italy were truly hopeless against Wales so difficult to judge.
Let’s hope you choose a better vino next weekend.
I’ll be with English Irish and Scots next weekend in Edinburgh. Let’s hope it’s not just a weekend with good company.

17-0 at halftime was hard to swallow and any objectivity I may have was likely compromised by what was on the box !

I watched the England France game with a nice bottle of French wine as I always do. This year as I had done dry January I treated myself with a bottle of Vincent Girardin Les Folatieres. It was great although the “reduced” price of £60 seemed excessive I think I could have found its equal for less. Again, that was nothing against the wine which was great, unlike the result…

And so another 6 nations weekend closes with the most entertainment coming in the France Italy game.
Got well and truly soaked, blown about and stranded by Ciara in Edinburgh, and, once we decided we just weren’t going anywhere else, settled in to watch that game in a very good pub in New Town.
Had 2 good nights out at Good Brothers in Stockbridge and Cafe St Honoré. Wine and food were great.
Wales v France looking a key game in 2 weeks time.

Glad to hear you eventually found respite from the foul weather. Watching on TV, I couldn’t help but think that anyone who smuggled in a hipflask would have drained it by halftime in a vain attempt to keep warm.

anyone who smuggled in a hipflask would have drained it by halftime in a vain attempt to keep warm.

Had I been there, it probably wouldn’t have lasted til kick off never mind half time!

Have to admit that I thought England would be contenders for the grand slam.

Obviously a really poor afternoon against the French and the game in Scotland was severely disrupted by the weather.

It’s now set up to be a fascinating 6 Nations. Any one of England, France, Wales and Ireland could still win it.

I don’t see Ireland or France winning a grand slam, so it is going to be really tight but I’ll go for a first French win since 2010 on the basis they will beat Scotland at Murrayfield and then beat Ireland in Paris on the final day.

Of course, I have to caveat that with saying it’s France so it’s much more likely they will implode before they win the 6 nations in which case Ireland will be victorious!

Hip flasks were drained at the turnstiles due to effective searches.
The Guinness was ok but the wind couldn’t half blow the froth off it

Hip flasks were drained at the turnstiles due to effective searches.

I once bought a friend a “chunky bracelet”, aka a hipflask… it was very effective

And I have seen, though never worn, “rehydration” bras - usually associated with festival weekends.